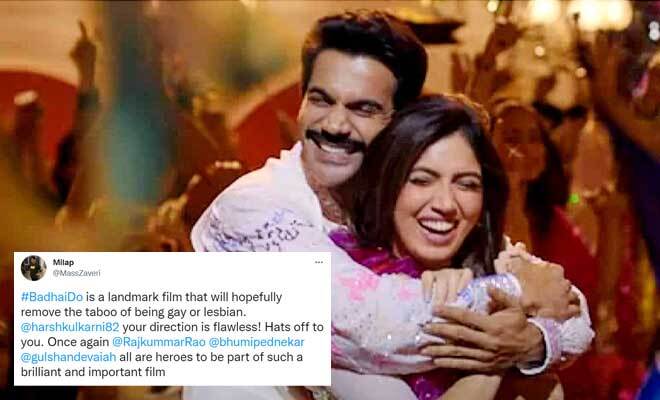 As an avid ally of the LGBTQ+ community, one of the movies I was actively looking forward to was Badhaai Do starring Rajkummar Rao and Bhumi Pednekar which was a supposed sequel to Badhaai Ho. The movie has finally been revealed and thanks to their queer script consultant, Badhaai Do has been said to have represented the community well. While I am yet to watch the movie, I am living vicariously through these Twitter reactions.

The release of Badhaai Do has taken the internet by storm, as it should! Twitter cannot stop raving about the movie which talks about a lavender wedding and how?! These are the Tweets through which I am vicariously choosing to live until I get to experience this movie for myself.

I completely agree with this person here! 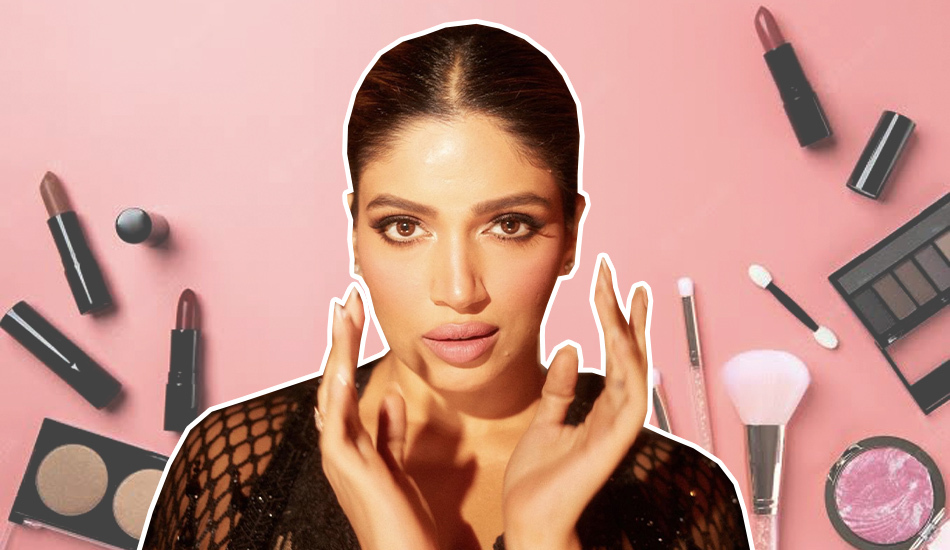 Bhumi Pednekar’s Clean Girl Look With Kohl Eyes Is Dying To Be Tried Out!

#BadhaiDo is a landmark film that will hopefully remove the taboo of being gay or lesbian. @harshkulkarni82 your direction is flawless! Hats off to you. Once again @RajkummarRao @bhumipednekar @gulshandevaiah all are heroes to be part of such a brilliant and important film

Damn, that is a pretty high rating,

Gotta go for the music now!

Special mention to that crazy #BadhaiDo title track. That song could be an entire film per se. Couldn’t stop jumping in my seat. It has some crazy moments, so relatable to the kid from Lucknow in me! @JungleePictures

Damn, this has me even more excited for the movie!

Honest confession- went in trying to find faults in #BadhaaiDo cause of the chatter around queer representation (and rightly so) but came out pleasantly surprised. If it’s humour and commercialisation of the subject that will break the towers of taboo in households, sign me in!

if you do want to watch something that feels v peak bolly – witty, visually inventive, romantic, not afraid to go grand or tedha, set to a killer amit song – it’s the gol gappa video from badhaai do that’ll hit the spot, not the gangu trailer sorry

Badhaai Do as a movie captured my attention from the very beginning. From the way they hired a script consultant from the community to the humour in the entire trailer, the movie had my attention and was something I was anticipating from the beginning. And with the reviews we have received from Twitter, I guess this one lives up to the hype it has created, at least in my head and on social media.

While most singles (like myself) choose to feel sorry for themselves on Valentine’s Day I plan not to. I don’t know about you guys but my weekend plans are completely fixed now. I am gonna go one pre valentine’s solo date and watch Badhaai Do in theatres over the weekend.

Ridhi Dogra Talks About The Plight Of The LGBTQ Community: “No One Should Have To Fight For Their Rights”