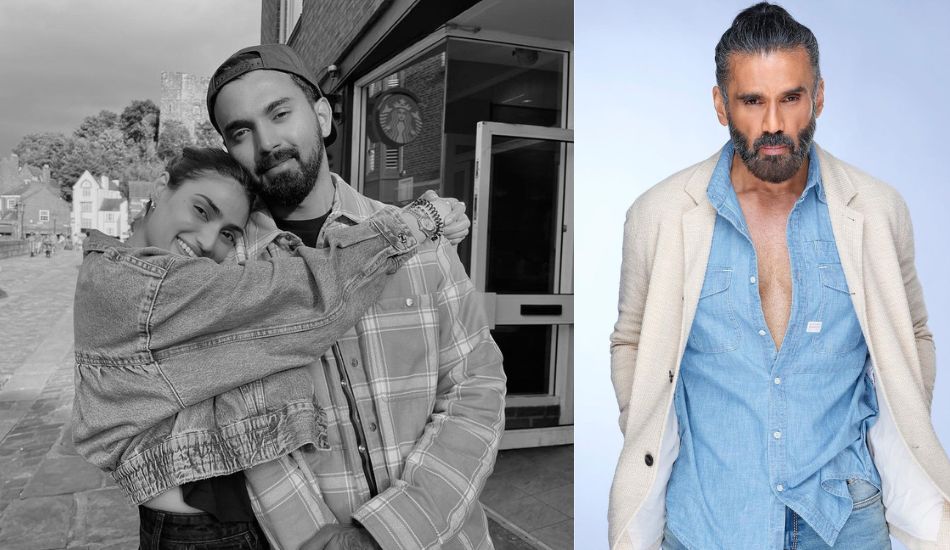 Big fat Bollywood weddings are our ultimate favourite and 2023 is set to kick off with a much-awaited celeb wedding. Actress Athiya Shetty is all set to get married to Indian cricketer KL Rahul in an intimate wedding at the Shetty family’s farmhouse called ‘Jahan’ in Khandala. The word is that the couple is gearing up to tie the knot on Monday, January 23. Ahead of the big day, the father of the bride, actor Suniel Shetty interacted with the media and the paps and also had his staff make arrangements to ensure that the paps are comfortable.

Speaking to the media earlier on January 22, Suniel Shetty expressed his gratitude for all the love the paps have given him and his family. He then informed the media that he will get Athiya Shetty and KL Rahul to pose for them tomorrow i.e., on January 23. Suniel Shetty also asked his staff to make arrangements for a bathroom for the paparazzi and take care of them. Check out this video of the actor’s interaction with the media.

For the unversed, Athiya Shetty and KL Rahul’s wedding festivities kickstarted on January 21 but nothing has been shared by the couple or their friends or the wedding guests. According to media reports, the lovebirds have planned an intimate but grand wedding at Suniel Shetty’s farmhouse in Khandala.

The buzz is that the wedding has a no-phones policy. Actors Jackie Shroff, Salman Khan and cricketers MS Dhoni, Virat Kohli and other celebs will be a part of Athiya and KL Rahul’s big day among several others.

Ahead of the wedding, KL Rahul’s home in Mumbai’s Pali Hill was decked up with loads of lights.

Pictures and videos of Suniel Shetty’s decorated Khandala farmhouse also surfaced online. And the word is that Athiya Shetty and KL Rahul have planned to throw a grand wedding reception party in Mumbai after their big day. According to media reports, this lavish event will have over 3000 guests from the entertainment and sports industry among others.

NGL but we just cannot wait to see Athiya and KL Rahul’s wedding pictures and all the fun from their pre-wedding festivities!