Priyanka Chopra Gives In An Insight Into ‘Citadel’s’ Local Remakes, Says ‘ You Don’t Need To Watch American Show For Their Context’ 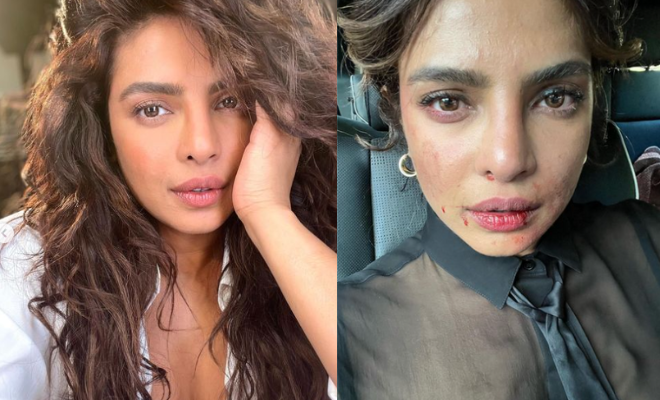 Global icon Priyanka Chopra has wooed the audience with her performances in her Hollywood projects. Be it Quantico, Baywatch, or The White Tiger, the actress has essayed versatile roles in her Hollywood career just as she does in Bollywood. She also has another big American series in the pipeline which is titled Citadel, which is a sci-fi adventure drama film. PeeCee has been sharing pictures of her time on the sets of Citadel, giving us a sneak peek into the shooting of this highly-anticipated series! Ever since the announcement of Citadel, fans have been wanting to know more about her role and the show. At a recent event in New York, the actress gave an insight into how she prepared for the role!

As per reports, Priyanka was a panellist at Inside TV’s Best Big Bet where she divulged details about Citadel. Talking about the show, she said that she found it to be ‘innovative’ and an ‘interesting experiement’. Priyanka also did her own stunts in this series and also learnt six languages for her part in this series. She also said that  Citadel is a show that ‘cross-pollinates languages and audience’. The show is also going to be made into local languages for Indian, Mexican, Italian and Spanish demographics as well! These shows are all going to be connected and this is something that is never done before, says Priyanka.

Priyanka Chopra shed light on the spin-offs and said that the audience will not have to watch the American show to understand the context of the local plotlines. Apart from our Desi Girl, Richard Madden also essays a significant role in the series. Citadel Amazon Prime Video series made by the Russo Brothers. The release date of the show is not yet announced. The Indian remake of Citadel will be made by The Family Man show makers Raj & DK, while Varun Dhawan and Samantha Ruth Prabhu are rumoured to be the lead stars of it.

Also read: A Look Through Priyanka Chopra’s “Long But Great Week” At The UNGA As The UNICEF Goodwill Ambassador Ambassador

It will quite exciting to see Priyanka Chopra in a different role yet again because she hasn’t disappointed so far! Also, I am looking forward to seeing her report with our King In The North AKA Richard Madden. Pairing them together for a plotline this unusual is something that both the stars’ fans are excited about! Plus, it is a Russo Brothers series so, there is no doubt that it is not going to be binge-worthy like all their other projects are.

Priyanka Chopra And Nick Jonas’s PDA Steals The Show At The Global Citizen Festival 2022! Their Romance Is Swoon-Worthy!