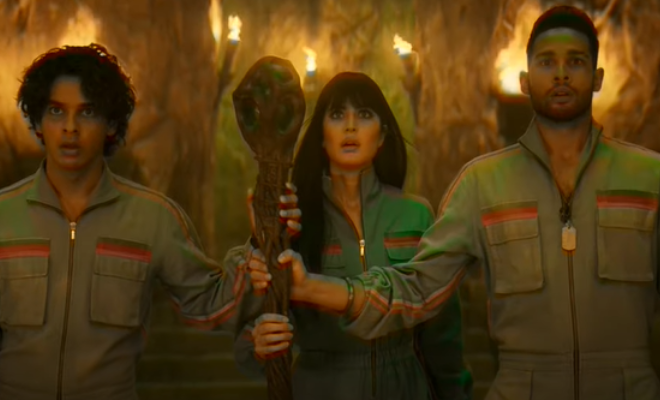 What does the Indian audience like in films as much as action and romance? Let me answer that one for you. It’s horror and comedy. But ever since horror-comedies as a genre was created, the audience has come to love it very much! A lot of movies in this genre have been made recently, and surprisingly, most of them have been a hit. So, naturally, people were excited to see what this new horror-comedy titled Phone Bhoot brings new to the silver screens. This movie stars Katrina Kaif, Ishaan Khatter and Siddhant Chaturvedi in the lead roles whereas Jackie Shroff and Sheeba Chadha in supporting roles. The film is helmed by Gurmeet Singh and produced by Ritesh Sidhwani and Farhan Akhtar. The trailer of Phone Bhoot was dropped on October 10, 2022, and here’s all about it!

The 2-minute-50-second trailer video begins with a scary voiceover that warns you about what to expect from the film. Sheeba Chada plays the classic chudail’s role as she is seen wearing a white saree and does not have iris’. After she gets crashed into by Ishaan and Siddhant as they are the ones who were driving the car. After some electro-chemical imbalance in them, they both can now see ghosts.

Then enters Katrina Kaif, who is also a ghost and has come to seek Ishaan and Siddhant’s help. The three of them team up to help the wandering souls achieve moksha. This seems to be going on well until Katrina’s real motive behind contacting both of them is revealed. Jackie Shroff plays the villain who wants to stop the wandering souls from getting moksha, and Ishaan and Siddhant have to stop him instead!

Also read: The Trailer Of India’s Official Entry To Oscars, ‘Chhello Show’ Is Here. It Is A Heartwarming Story About Cinema And Dreams!

Well, the traditional horror concepts like showing a chudail with inverted legs and moksh and everything else was quite fun and easy to understand. But Katrina Kaif as a bhootni looks like a misfit because she is too regal for that role. Plus, her accent does not make her look like a ghost at all. Ishaan and Siddhant bring the same chaotic and fun energy that they brought on the Koffee With Karan couch, and we would like to see more of it on the big screen! 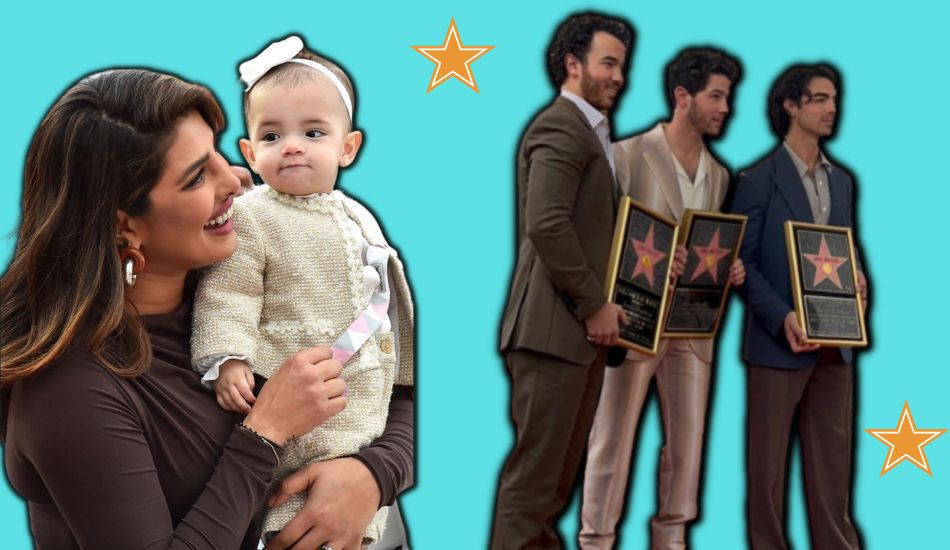