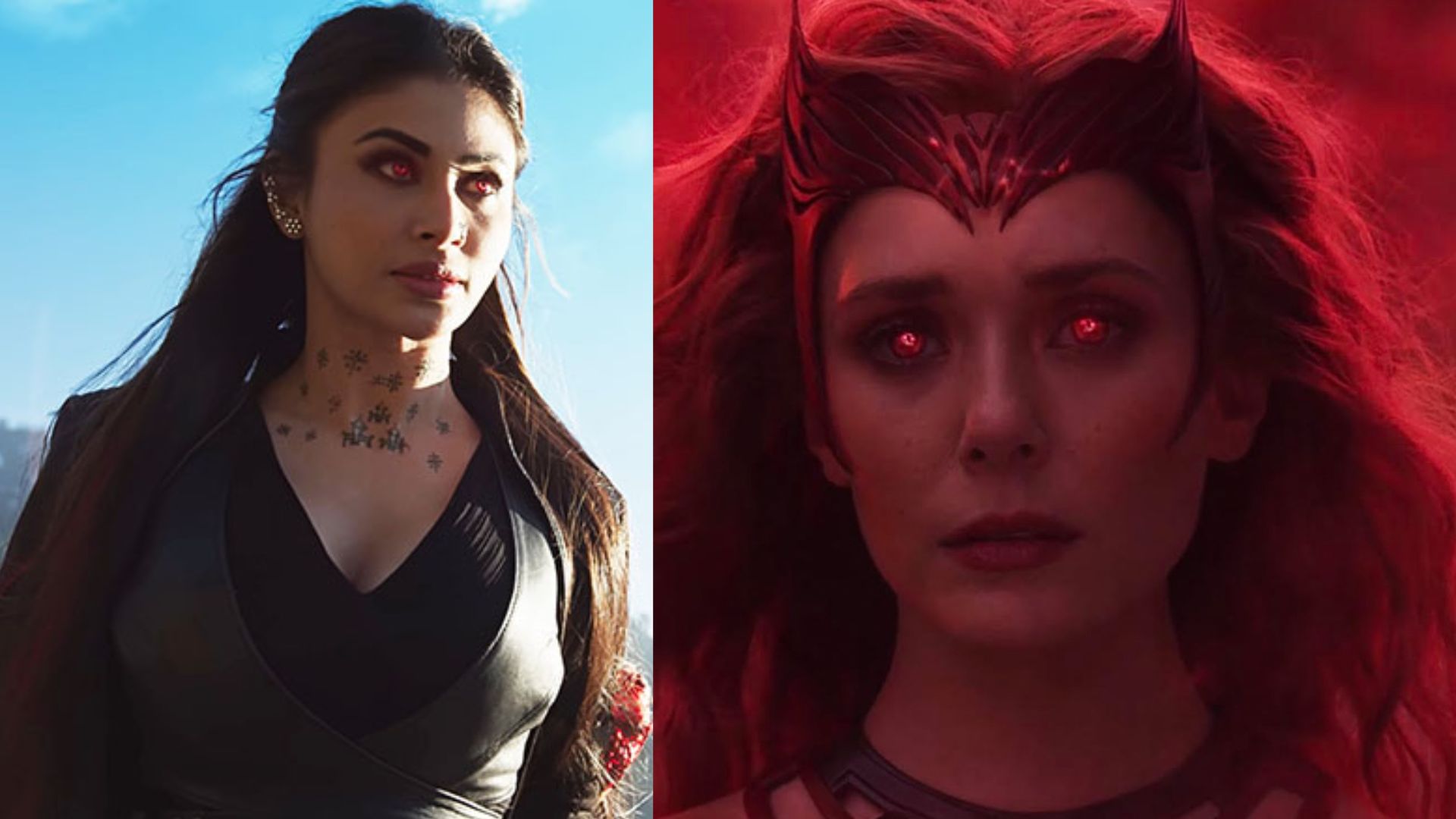 Brahmāstra is undoubtedly the biggest Indian film of the year. A movie that is being hailed for its amazing VFX. Another charm in this movie is Mouni Roy’s role as Junoon.  The fierce and powerful character that Mouni has delivered in this film is commendable. However, there are still some people on the internet who chose to troll the character of Junoon instead of just maybe being critical about it.  This time they decided to mock her look and make comparisons but the actor had the right attitude for these people.

Recently, Mouni Roy gave an interview and talked about the overwhelming response she has been getting from the people after the film was released. But Mouni was also asked about how did she take the trolls who were making comparisons of her looks with the Scarlet Witch. They called her to look in the movie a copy of Wanda Maximoff. To this, the actor said that she reads such kinds of comments but is also very quick to forget them. Mouni further stated that these comments do not affect them at all.

The actor was also asked about her opinion on the boycott trend that Brahmāstra had to go through. To this, Mouni said that these people have nothing better to do and therefore waste time behind the computer screens doing this, as per the interview given to News 18.  Mouni also expressed her happiness and joy in working with Nagarjuna, although she said that the shoot days with him were only for a day or two.

Also Read: Jyoti Saxena Is Of The Opinion That She Has Beautiful Eyes And Hence Could Have Played Mouni Roy’s Role Better In ‘Brahmāstra’. Heh, Logic?

Well, that’s how you deal with trolls, basically not pay any heed to them because it’s really not worth your time.