Madhuri Dixit Pays A Tribute To Bappi Lahiri, Says “His Legacy Will Live On” 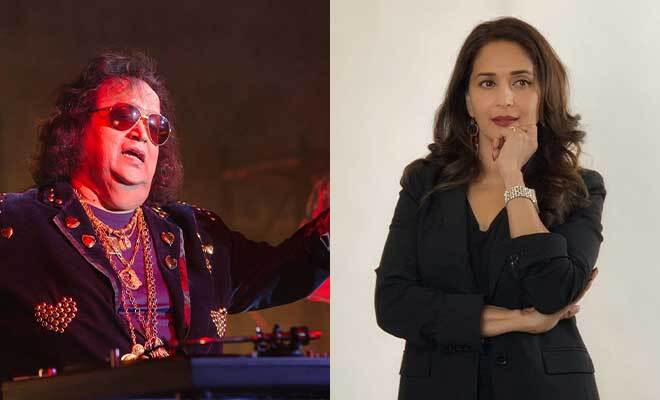 Music composer and singer Bappi Lahiri passed away yesterday, February 15 at Mumbai’s Criticare hospital due to obstructive sleep apnea. Several public figures including political leaders and celebrities have mourned the loss of the veteran singer. While Madhuri Dixit paid the tribute to Bappi Lahiri on her Instagram stories earlier today, in a conversation with Hauterrfly, the actress expressed her sadness and recalled the legend who created the popular dance number ‘Tamma Tamma’, picturised on her. ‘Tamma Tamma’. Madhuri Dixit said, “Bappi Lahiri created a legacy which will always live on and it’s sad that he passed away. He was just 69 years old and we’re all very sad about that but his legacy will live on.”

In her earlier Instagram story, Madhuri Dixit shared a picture of Bappi Lahiri with a message that read, “To the one who gave us some unforgettable songs and continues to make our disco experience complete with ‘I am disco dancer’..You’ll be truly missed Bappi Da.” Check out this story. 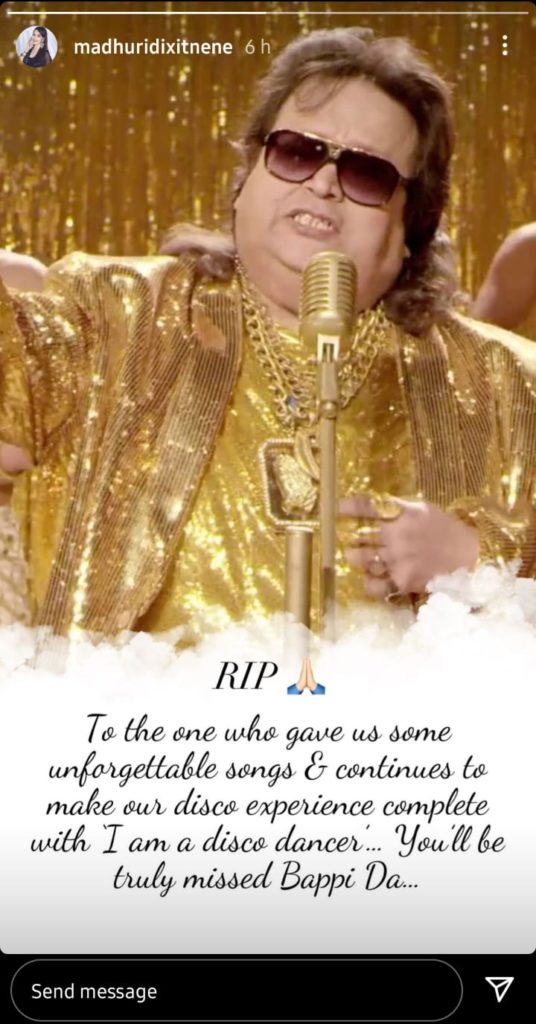 For the uninitiated, Bappi Lahiri died on 15 February and his last rites will take place tomorrow after the arrival of his son Bappa from the US. The veteran singer and Madhuri Dixit worked together for her popular song ‘Tamma Tamma’ from the 1989 film Thanedaar. The song went on to become a disco dancing anthem back in the day. This song was again reprised in the 2017 film Badrinath Ki Dulhania starring Alia Bhatt and Varun Dhawan.

Also Read: Pictures Of Bappi Lahiri’s Family Mourning His Demise During The Funeral Leaked Online. Shame On Paparazzi For Sharing Such Pics

On the work front, Madhuri Dixit will be seen next in her upcoming thriller series The Fame Game. The Netflix original series also stars Sanjay Kapoor, Manav Kaul, Rajshri Deshpande, Muskkaan Jaferi, Lakshvir Singh Saran, Gagan Arora, Suhasini Muley and Shubhangi Latkar. The series which was earlier titled ‘Finding Anamika, will premiere on the OTT platform Netflix on February 25. The Fame Game revolves around a starlet who goes missing as layers of her glamourous life and its secrets unfold.

‘The Fame Game’ Trailer: What Happens With The Disappearance Of A Starlet Of Unravels Family Secrets And The Dark Side Of Showbiz?