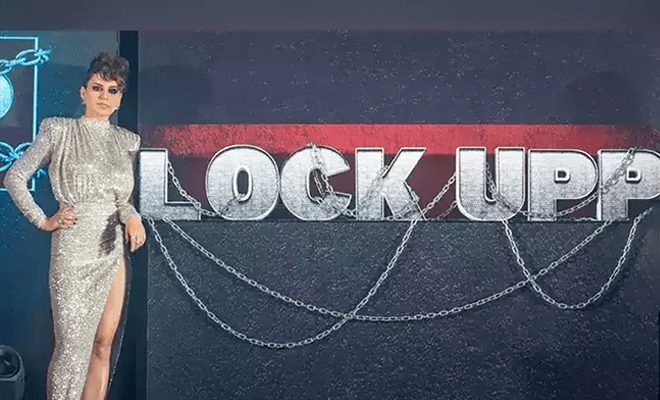 I am not a superstitious person by any means but I genuinely think that if Kangana Ranaut ever stops creating unnecessary drama, the apocalypse will happen. Call me overdramatic but I can’t think of any other reason why the Queen actress makes it her goal to constantly create controversies and drama. And the actress has particularly been in the news after her reality show, Lock Upp hit 200 million views which she gloated over on Instagram abundantly. Kangana has once again taken to Instagram and gloated over the fact that stars like Shah Rukh Khan, Priyanka Chopra, Ranveer Singh and Akshay Kumar have failed to be successful hosts but she has.

Kangana Ranaut took to her Instagram stories and talked about her success as a host of her new reality show, Lock Upp. She mentioned actors like Shah Rukh Khan, Priyanka Chopra, Ranveer Singh and Akshay Kumar stating that they might have had successful careers but have failed as hosts. She then gave credit to Salman Khan, Amitabh Bachchan and herself for being one of the few actors to have been successful show hosts. As Kangana does, she then spoke about the “Jealous movie mafia” who are trying to discredit her and her show. Kangana said that if she is able to stand up for others, she definitely can do it for herself. She ended the statement by saying, “it is wonderful to be the only successful host of my generation.” Check out the story here: 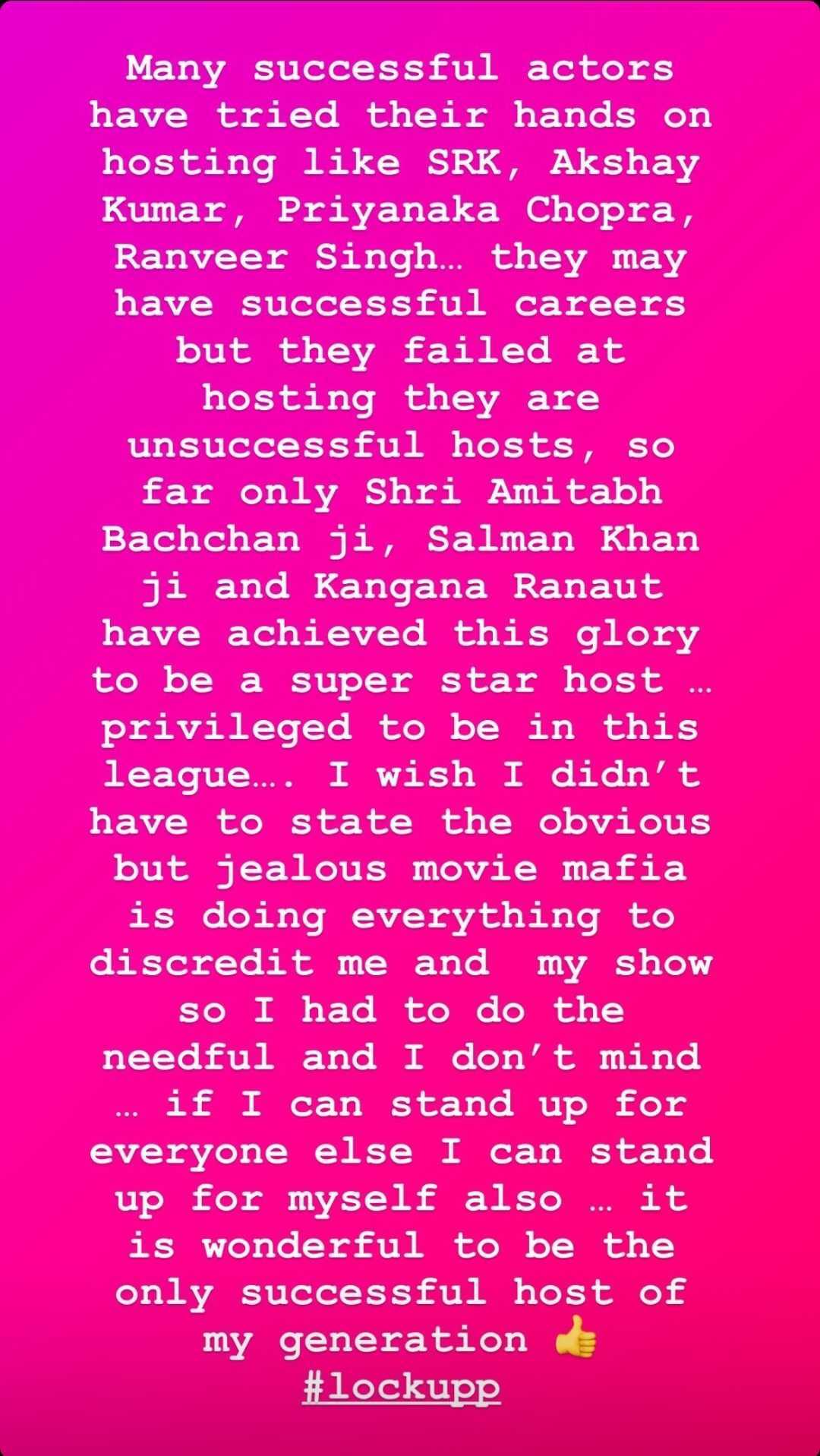 Okay, call me ignorant but I have not heard any of these apparent “movie mafia” members even talking about Kangana or Lock Upp, let alone discrediting it. Considering that the show hit 200 million views, it seems to be gaining popularity and is well received. While people are allowed to enjoy their successes, what Kangana does is tear others down while gloating over her own achievements. Moreover, she refers to herself in the third person at times and I am not sure how to take her seriously after that.

“Shame On You”, Says Rakhi Sawant To Trolls Who Attacked Shah Rukh Khan Over The Viral ‘Spitting’ Video