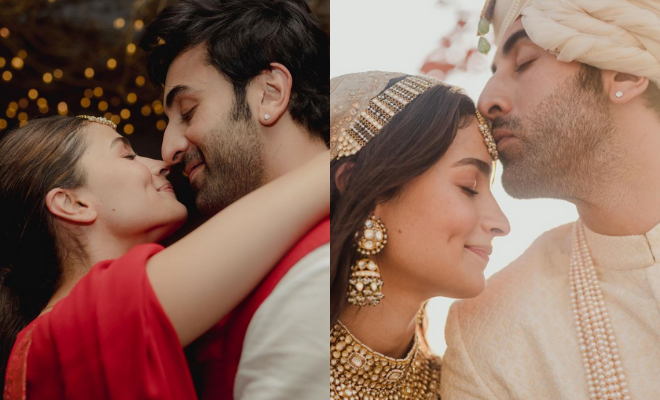 To be fairly honest, social media was abuzz with Alia Bhatt and Ranbir Kapoor’s wedding details several days before it took place, and that hyped up the already hyped up wedding all the more. But nevertheless, it was a jolly and intimate affair with only close family and friends in attendance of it. The couple also threw a grand wedding party that was attended by Bollywood’s who’s who. Well, today marks the one month wedding anniversary of Alia Bhatt and Ranbir Kapoor’s wedding and to celebrate the same, the Highway actress shared a couple of unseen pictures from the wedding festivities.

Taking to her Instagram handle, Alia shared a photo from the wedding festivities wherein she and Ranbir are embracing each other. The other photos were from the dhamaka wedding after-party for which the Barfi actor a black suit and his beautiful bride wore an Oscar de la Renta dress. She captioned the post with a couple of emojis. 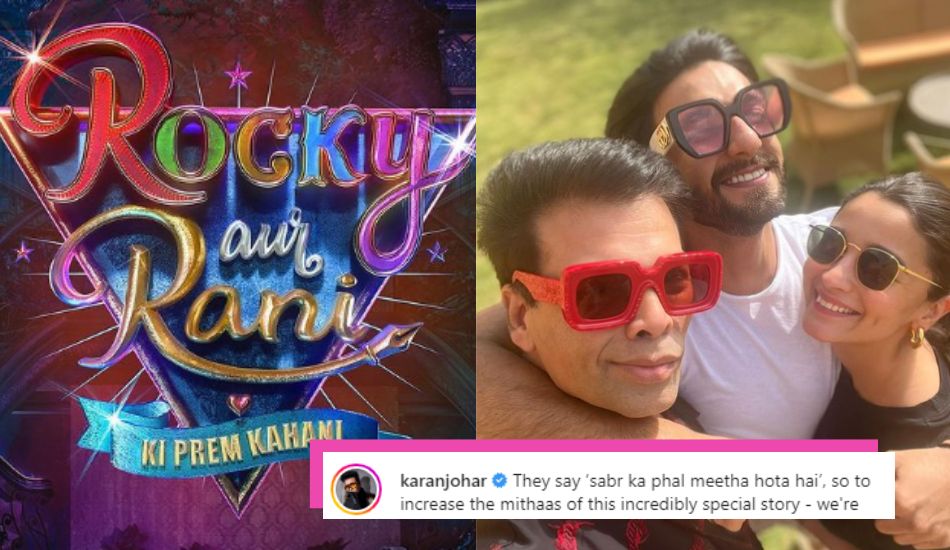 Their wedding photos legit broke the internet as fans were eagerly waiting for them. Sharing a carousel of pictures from the ceremony, Alia wrote, “Today, surrounded by our family and friends, at home … in our favourite spot – the balcony we’ve spent the last 5 years of our relationship – we got married.”

Also read: Alia Bhatt’s Latest Pic In A White Pantsuit Has The Internet Asking “Was Deepika Padukone Your Inspiration?”

Alia and Ranbir’s romance bloomed on the sets of Brahmastra for which they are sharing screen space for the first time. The movie is set to release this September. Meanwhile, the 29-year-old actress marked her presence at the Jewellery and Watches Exhibition 2022 in Doha, Qatar.