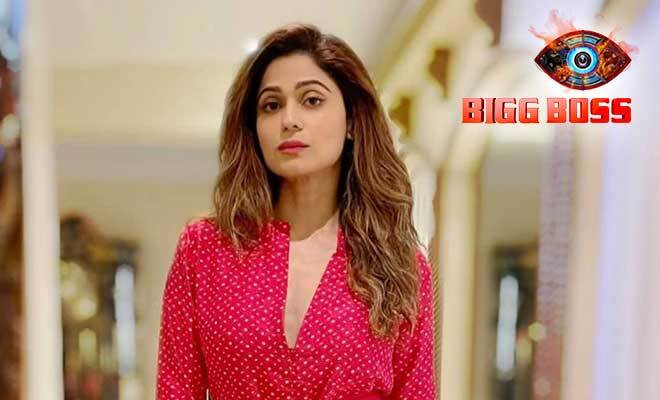 It’s so weird how we as an audience we are still watching Bigg Boss when the makers are giving us the same content again and again. But we still managed to survive the 15th season of the reality TV, Bigg Boss: Sankat In The Jungle (that theme doesn’t make sense, okay). The finale of the show is just around the corner and we are really keen to know who will be the winner of the show and will get that BB trophy and the huge prize money. While this season’s contestants didn’t entertain us, the drama was still on. And if we are talking about the drama then we have to talk about Shamita Shetty. The Mohabbatein actress is known to speak her heart out and is considered the ‘Queen’ of the house. She doesn’t even care about Salman Khan and always stands for what she thinks is right and that’s the quality of a BB winner, right? So we decided to list all the things that make Shamita Shetty, a potential winner of Bigg Boss 15.

As you know, Bigg Boss is all about making friends, well Shamita is not the most friendly person in the BB house but when it comes to a few contestants, Shamita took one step further and made them feel as if they are her own family. Be it Neha Bhasin or her beau Raqesh Bapat, she loved them with all her heart. Even after she got betrayed by her ‘Anna’ Vishal Kotian, Shamita maintained her bond with the other contestant and fans loved it.

2. Shamita Is Kaafi Vocal About Her Opinions

One thing we know about Shamita is that she doesn’t know to sugarcoat. Be it any contestant, any celebrity guest or even the host Salman Khan, she isn’t afraid of any consequences and speaks for what she thinks is right (even if it’s wrong, IRL). The audience totally loved her honesty!

Shamita has an elegant, graceful, and poised personality and with a touch of that elite English accent, she’s the literal queen bee of BB house. Her dynamic persona makes her the best leader in the house that other contestants followed but they also tagged her as ‘privileged’. But whatever you call her, there’s no doubt that Shamita is the leader everyone needed in the house.

While being honest is a nice thing, it also comes with lots of consequences and it also happened with Shamita. Several times people targeted Shamita Shetty for her straightforward nature but she faced all the accusations like the true champion that she is. All and all, she isn’t afraid of any pangas, okay!

5. The BB House Revolves Around Shamita

There are always a few contestants in every season of Big Boss who rules the house and Shamita is definitely one of them. Every task, every discussion or mudda starts with the name Shamita or ends with it. Well, being the centre of attention comes with a lot of responsibilities but you know, one of these contestants become the winner in the end. You know, just saying!

All things being said, we think Shamita Shetty deserves to win the BB trophy because she is the OG fashionista and the heart and soul of Bigg Boss but is she a perfect player that the audience wanted to see, maybe. From next week, we will not see the drama of Bigg Boss contestants and we surely miss Shamita Shetty’s bright smile and her sweet relationship with other contestants. And we should not forget about her gluten-free food and all the drama regarding it and the amazing wardrobe that makes us swoon over her.

Now it will be interesting to witness the finale of Bigg Boss with host Salman Khan on 29 and 30th of January where a lot of guests will bless us with their presence including Deepika Padukone. Till then, keep guessing who will be the winner of Bigg Boss this year.