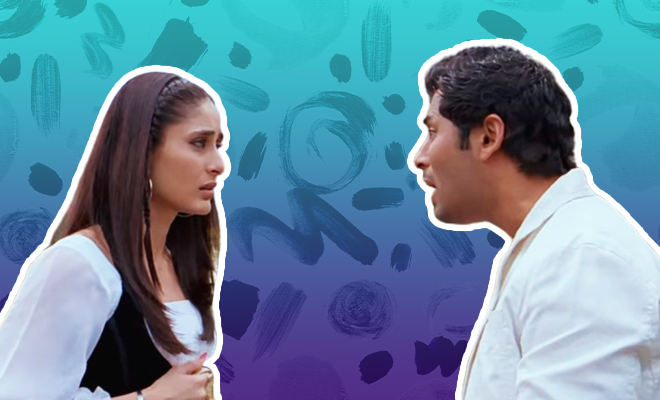 Thinking About Your Breakup Too Much Delays Your Moving On Process, Says Study

If I give you a jar with five marshmallows in it and you fill it with 50 Eclairs, will it still be called a jar of marshmallows or will you call it a jar of Eclairs? Similarly, when we separate ourselves from our ex-boyfriend following the breakup but fill up our minds with the many thoughts of him, we are still very much keeping him within us.

You wake up, missing his good morning text and dreading another day where even breathing hurts (saying for dramatic effect!). There’s one goal you must keep your eyes on and that’s to keep yourself immersed with activity, leaving you so time-poor, you have no chance to think about him. But then, you feel like listening to music while working and you subconsciously select songs that can put a happy rabbit into melancholy. Your mind once again fills with thoughts of your ex-boyfriend, this time more volatile: Why did we break up? Why was he such an asshole to me? Could I have said something different to make things work? Thank God for advertisements in your free Spotify subscription that disrupt your intoxicating chain of thoughts.

What do you do at night when the work’s done, the world is asleep and you have your thoughts for company? You spend your time ruminating over a breakup that is done, dusted, and your ex is probably already texting up other women. You wonder when will you ever get over him. This way, you won’t! Please, there’s nothing romantic about being a sour woman resenting her very much there husband for a boyfriend that’s long gone and singing to herself “In another life, I will be your girl”. Katy Perry’s fictional boyfriend was dead, yours is just an asshole. So move on.

According to a recent study, people who continue to invest in thinking and speaking of their breakup extensively over a prolonged period of time find it difficult to move on. Researchers studied Redditors’ posts on Reddit’s r/BreakUps over a long period of time. Using the data they found out that the signs that showing much before the breakup itself. You start using more personal pronouns such as ‘I’ and ‘we’. Your language also shows a good amount of cognitive processing. The researchers analysed the natural language of people that were going to breakup, and also tracked how they moved on.

Sarah Seraj, a research assistant at the University of Texas at Austin and the lead author on the study told Inverse.com, “We can track people over time and ask them to fill out surveys, but we can’t exactly follow them around in their personal life and record conversations with friends and family about their breakups.” Reddit, Seraj says offers insight into the natural way people talk, especially since anonymity offers them the freedom to be more unpretentious in their speech.

The study observed people who had at least five posts, including before and after breakups. It was observed that on average people took nine months to move on from their breakups. However, people who kept ruminating over their breakup, by posting often on it, took longer to recover. “This study is the first to track how long breakups affect emotional states by analyzing language data. On average, it took users about nine months to return to their baseline,” Inversely reports.

Brooding over breakups is such a killjoy

“People who kept talking about their breakups for longer periods were less adjusted than people who sought support initially but then moved on. This may be because they had a worse breakup to begin with, but it may also be because they were ruminating over their breakup,” Seraj explained.

While several experts and studies advice journaling and expressive writing to recover from emotionally and mentally stressful circumstances, this study’s team believes overdoing it may be detrimental to one’s psyche. It may make one relive the same stressful situation over and over again, and also delay acceptance of things. “It will be a struggle at first, but things will get better,” Seraj says. “For most people in our study, it took about six months for things to get back to normal. It’s longer than you think!”

How can we stop ruminating over a breakup?

When I watched Kabir Singh, I found it hideous on several levels: toxic masculinity, internalised misogyny, and sheer lack of emotional maturity. The way the characters rejected healing was just stupidity, not true love.

Well, I did do that for a year over a guy who got married because he could and I had nothing to say to him. For one year, I was intoxicating my life with his thoughts until one fine phase I just chose to stop. I put a full stop to all that brooding and chose to heal. I stopped bottling things and just cried it out. After that, there was no looking back. Fuck that shit, I was moving on and how.

The thing with healing is you have to want it and choose it, every single time. That means you have to refuse to let your ex occupy any real estate in your brain or your heart. It means not holding on to gifts and greetings, photos, and texts. It’s okay if you want to keep them but lock them away and don’t look back.

ALSO READ: Women Reveal What Finally Being With The Right Guy Feels Like

However, it doesn’t mean you don’t allow yourself to grieve. Mourn your breakup, be dramatic if you must, be indulgent if you must, be alone if you must – but for a while. Then you have to pick up the pieces of your broken heart and start focusing on the life ahead. You gotta stop making your social media posts look like they belong to a meme page called Sad Girl Quotes or something. Stop brooding over mistakes – yours and his.

You may want to find answers to the many questions in your head, but if you find yourself creating new questions every day, stop. No negative self-talk, no whys, and no what-ifs. Nine months is a long time to be emotionally low, don’t make it longer!

ALSO READ:5 Signs You Are Holding Yourself Back From Love