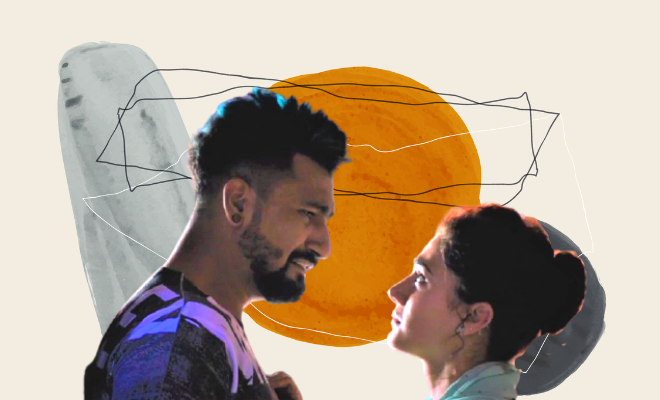 How To Deal With An Ex Who Refuses To Let Go

Breakups are really hard because while the world around you thinks it’s no big deal, only you can truly understand how you feel. After you’re through the breakup and have moved on happily, you realise that it didn’t crush you. But until then, your world looks like the ruins of the haven you had built with your bae. However, it’s true that the one who called it quits finds it easier to move on than the one at the receiving end. Because in your head, you had already left much before you broke it to him. Of course, you won’t have any peace if you have an ex who refuses to let go.

I am not justifying an ex invading your personal space post-breakup. But what I am trying to say is that grief can make people feel desperate and some people have other flaws that make them toxic. So when I break up with someone who wasn’t ready to let go, I do feel bad for them because I am empathetic. I do want to make things easier for them, even if they hurt me. I want things to end on a cordial note but honestly, it’s hard to maintain respect when they refuse to respect themselves. Yes, it’s difficult to let go and you may go through different stages of grief, including denial. But I have never forced myself on another person in any way. And an ex who refuses to let go is doing just that – refusing to respect your consent.

They will heal, eventually. They may even realise that they acted like a total douchebag and I wouldn’t want to hold a grudge against them. But does that mean I will entertain this toxicity? Nope. Do you have an ex who refuses to let go? Here’s how to deal with him.

Let him know how he is making you feel

In any fight, it helps to let the other person know how their actions are making you feel. Let them know that their desperate attempts at resurrecting a dead romance are making you feel “suffocated” and “harassed”. If he really did love you and has even a shred of decency, he will not want to be that guy. Sometimes, it has to be spelled out for an ex who refuses to let go to realise they are being pathetic.

It’s sweet that you would say “let’s just be friends” but hey, if they are harassing you, it’s kinda like staying in touch with your kidnapper. Maybe later you guys can be cordial but trust me if they are so obsessed with you that never works. So cut the cord – tell them goodbye and block them completely. Of course, if they had handled it healthily, you could have kept it cordial.

Sometimes, it gets difficult to completely cut the cord because you have the same circle or maybe you work together. If your ex really wants to work things out, he will try to use the many situations where you have to interact with him, to his advantage. Set boundaries and don’t assume he will just understand. Say it out loud. Tell him, you and he will not have long conversations as you did. There has to be a clear divide between your pre and post-breakup interactions.

Do not allow yourself to be emotionally manipulated

It’s natural to feel sorry for him and even guilty when you see him hurting. But if you know he wasn’t good for you or if you have made up your mind that it’s best if you moved on, don’t take a u-turn into misery. Stay strong, and know that he too will move on. It’s better to grieve for a while than stretching a toxic relationship. He may try to use nostalgia to make you miss the good moments. Miss him and then let it go.

ALSO READ: 5 Ways To Get Over Your Ex While You’re In This Lockdown

If you feel threatened, warn him you will get the authorities involved

An ex of mine used to show up unannounced below my building and “coincidentally” at several other places I was at. He called me again and again but the worse thing, he tried to talk to my family and my best friend. Eventually, I had to tell him that I will call the cops if he doesn’t stop harassing me. And I really would have, if he didn’t stop. So let him know that and he will back off, hopefully. If he is still being the ex who refuses to let go, then maybe do call the cops.

ALSO READ:#Relationships: 5 Types Of Emotional Vampires And How To Deal With Them