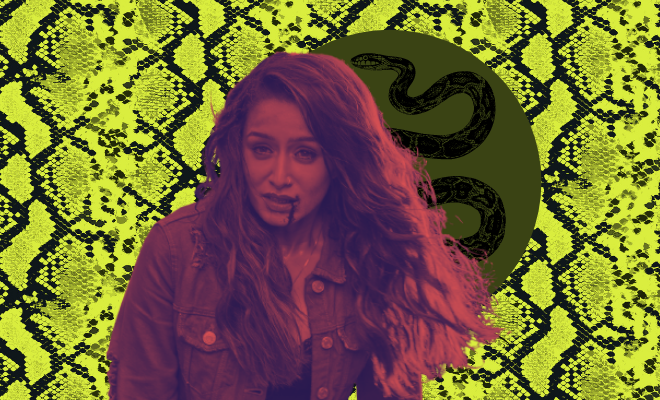 Shraddha Kapoor To Star In A Naagin Trilogy. The Question Issss, Do We Really Need Another Naagin?

I know her fans are probably going to hiss at me, but Shraddha Kapoor seems to be making some really questionable decisions with her movie roles lately. I get the appeal of Saaho, to some extent. After Baahubali’s success, a movie of this scale alongside Prabhas would tempt anyone. But Baaghi 3 was clearly a mistake, and her character, an even bigger one. But because it’s 2020 and everything’s just going from bad to worse, Shraddha Kapoor too has gone ahead and signed a film that has stumped me as a career move. Folks, we’re not just getting a new Naagin film, we’re getting a Naagin trilogy. And Shraddha is going to headline this.

The news dropped on Tuesday morning that the film would be a modern take on the Icchhadhaari Naagin folklore that has inspired several movies like Sridevi’s Naagin and sequel Nigahein, Aamir Khan and Juhi Chawla’s Tum Mere Ho, Manisha Koirala starrer ensemble film Jaani Dushman, Mallika Sherawat’s Hisss and so on. On television, we’ve had plenty of iterations of this one too, with Naaginn (2007) starring Sayantani Ghosh, and Ekta Kapoor’s Balaji Telefilms’ produced Naagin, which is currently in its fifth season, starring Surbhi Chandana, Sharad Malhotra and Mohit Sehgal.

The upcoming trilogy will reportedly be directed by Vishal Furia, who is known for directing the 2017 Marathi horror flick Lapachhapi, which he is also remaking in Hindi. Actor-turned-producer Nikhil Dwivedi will be producing it. Oh, and it’s going to be a love sssssstory.

Shraddha Kapoor, in a statement to the press, spoke about bagging this role of shape-shifting serpent with magical powers. “It’s an absolute delight for me to play a Naagin on screen. I have grown up watching, admiring and idolising Sridevi ma’am’s Nagina and Nigahen and always wanted to play a similar role rooted in Indian traditional folklore. It’s like playing an iconic character, which has always been so fascinating for the audience,” she said.

Yay for Shraddha, I guess. Because her fans seem to be really happy to see her in a trilogy where she is the lead and not playing second fiddle to a hero. But my question is, why another movie about an icchadhaari naagin? Are we out of any good ideas? Haven’t we had enough? Do we really need thisssssss?

Also Read: 20 Years Of Mohabbatein: Class Of 2000 And Their Real Life Love Stories

Okay, before I get accused of being a snob who is down with American fantasy dramas about Satan and werewolves but judging Bollywood, here’s my confession. When I was a kid, I was a sucker for Indian mythological and supernatural productions. Give me a Mahabharata or Chandrakanta, or a Jaani Dushman, and I’d relish it. Judge me all you want, but Jitendra’s 1990 film, Hatim Tai (also starring Amrish Puri, Sangeeta Bijlani and Satish Shah) is one of my guilty pleasures to date. But of course, tastes change. It’s still my favourite genre, but my love interests are now vampires and werewolves and shows, angels and devils, and apocalyptic stakes. What’s more, the production scale of these genres has been raised to such an incredible level by Hollywood, it’s going to take Indian cinema a lot of heavy lifting to reach there.

Because admit it, some of the biggest productions in Bollywood and in television have tried their hand at it. And have failed. It’s actually frustrating because if you see the end credits, a lot of Indians and Indian VFX companies are being brought in to work on these international productions. And this means that we have the talent but perhaps something is an impediment.

When Sridevi’s Naagin released, its Box Office collection was a surprise because it was headlined by a woman back then. But every other attempt at this particular folklore has tanked and has been laughable. The sequel failed. So did Jaani Dushman. I mean, sure, meme fodder. But I am really curious what merit the makers or Shraddha Kapoor see in it to think, “Oh yes, while we are gravitating towards realistic, gritty, and unique cinema, how about we remake an age old supernatural folklore that portrays a snake in the skin of a woman?” Is it because people are watching Naagin 5 and that indicates that there’s still an appetite for the story?

What kind of a modern take is it going to be? Is she going to be a super spy because her abilities make her good at it? Is it going to be a horror-rom-com, like the Drew Barrymore starrer Santa Clarita Diet? Or an intense epic romance like The Vampire Diaries? Or a witty, sarcastic take on the whole thing that doesn’t take itself too seriously, like What We Do In The Shadows? Even if it’s some kind of a social commentary driven one, like Shraddha Kapoor’s Stree, I’d be on board with it. But I just don’t have a good feeling about this one, you know?

I won’t dismiss the concept entirely because well, it is still just a concept we know nothing about, and it has been a year full of surprises. And I am all for not judging movies before I’ve actually watched them. Maybe this is the one that breaks the glass ceiling, who knows, right? But I’m still trying (and failing) to wrap my head around the idea that filmmakers and actors still think a film about a naagin in 2020 is a good idea. I thought our learning from Namastey London was to not let the goras think of us as still being just a land of snake charmers?