Gold Medalist Boxer Nikhat Zareen Says Wearing A Hijab Is A Personal Choice. She Said It!

We are all aware of the Karnataka Hijab Row controversy. It all started when a group of Muslim girls were stopped from entering the college campus because they wore a hijab. The controversy gained momentum very quickly and became a national issue. Many known personalities came forward to put forth their opinion on the matter. Recently, in an interview, boxer Nikhat Zareen shed some light on what she thinks of the issue. 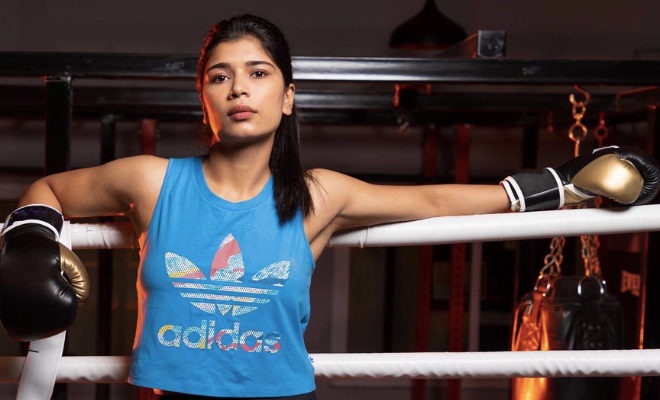 Nikhat Zareen made India proud by winning gold at the IBA Women’s World Boxing Championship, 2022. The tournament took place in Istanbul, Turkey. According to the gold medalist, wearing a hijab should be a matter of choice. She further said that she cannot comment on anybody’s choices because she too has her own choice. Nikhat also added that she does not care what people have to say about her if she likes to dress in a certain way and her family is also comfortable with it.

She further asserted that if somebody wants to wear a hijab and follow their religion, it is a personal choice. It is their own choice and she is okay with it, the boxer said in the interview with NDTV.

Nikhat is known to be bold and straightforward with her opinions. She had once challenged the decision of automatically qualifying Mary Kom for the World Championship2019. Nikhat had argued that whether a rookie or legend, should not be selected without trials. Even on the hijab row, Nikhat’s opinions are quite clear.

Also, Nikhat is right with her opinion here. Dressing is a matter of choice that everybody has. Nobody should be judged or restricted based on what they are wearing. The Karnataka hijab row controversy gave rise to so many communal clashes and hatemongering which was absolutely unnecessary. Where is our country heading to?

Karnataka Hijab Row: High Court Directs That No Religious Garments Will Be Worn On College Campus Till The Matter Pending