Internet Rose To Shield Chris Evans When His Nude Accidentally Made An Appearance. Great, Can We Do That For Women’s Nudes Too? 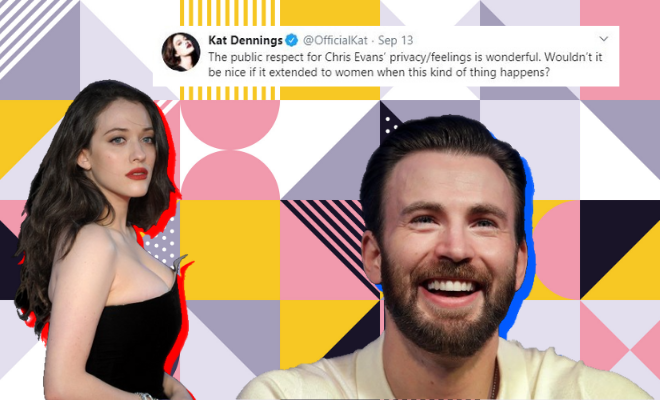 So, we all on the same page about Chris Evans being an angel and all that? Great. And I mean, he is pretty much the embodiment of his on-screen persona, Steve Rogers aka Captain America, most of the time, isn’t he? He’s been vocal about all the things that matter on Twitter already, and ever since he joined Instagram, he’s used that platform too to talk about politics and voting as well as treat us with regular updates about his adorable dog, Dodger. So when old man Rogers made a boo boo while using technology, and accidentally shared a rather NSFW picture on his social media, his loyal internet fam rose to protect him and bury that nude from being easily discovered.

What did the Cap do?

I mean, an aesthetically pleasing black-and-white self portrait of him in a birthday suit. And it was unintentional. He posted a video of himself playing the game ‘Heads Up’ with his friends. And in it, followers got a glimpse of his camera roll, which contained said NSFW photo.

Of course, once anything is on the Internet, there’s really no going back unless your fellow Avenger, Doctor Strange, lends you the Time Stone and you get to reverse the whole thing. So while Chris Evans deleted the post, screenshots of the… thing were starting to circulate on the web. At a random hour, #ChrisEvans began trending, and not for the usual goody-goody reasons that he normally trends for. Of course, a lot of it was just thirst tweets.

How the internet rose up to shield Chris Evans

Now, we get it. It was a genuine mistake, one that a lot of us have been known to make. Otherwise, how would we get all these crazy bloopers? But what was so marvel-lous about this entire incident was how the entire Chris Evans and Marvel fandom rose to shield their beloved Cap from all the negativity that might come as a result of this social media fail.

First, a section of them began tweeting reminders of how Chris Evans was a great guy, who suffered from anxiety disorder, and who did not deserve to be humiliated any further, and asking fellow Tweeple to report any accounts that might be circulating the image. Next, there was a slew of old Chris Evans photos and memes that came in like an avalanche and filled the hashtag up with wholesome and funny content, thereby burying any evidence of the original sin.

Before sharing Chris Evans nude, remember that the actor suffered an anxiety disorder with the rise of his Hollywood career and even refused to be Captain America on several occasions for fear that fame would affect him and his family.#ChrisEvans pic.twitter.com/J6PeEDAJYJ 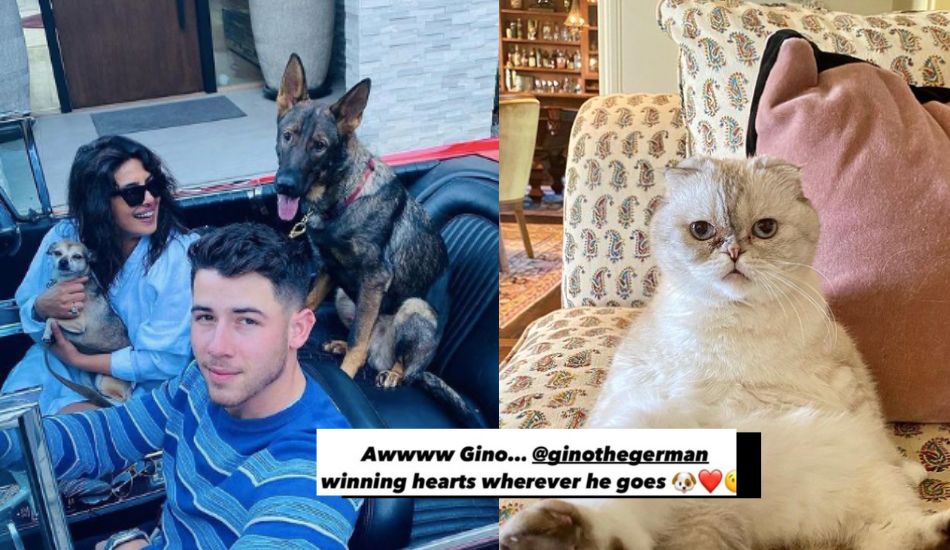 This is some serious competition!

imagine how mortifying it would be to have your fucking nudes leaked and you’re all spreading it like wildfire. He’s probably anxious enough as it is andeveryone is completely disrespecting him. Mental health is not a joke, have a bit of respect for his privacy. #chrisevans pic.twitter.com/nov8j4LYAi

Some celebs, like Chrissy Teigen and Evans’ fellow Avenger, Mark Ruffalo, also spoke up in defence of the actor. Even his own brother, managed a little cheek!

.@ChrisEvans Bro, while Trump is in office there is NOTHING you could possibly do to embarrass yourself. See… silver lining.

Was off social media for the day yesterday.

I know you can change the settings but I like it. Tons of pics of the kids between families, easy when it saves. It just means that every once in a while there is a crazy random meme I don’t recall in my roll!

One of the pictures found on Evans’ camera roll was a meme with his face and the words ‘Guard that P**sy’ on it, which piqued the curiosity of several of his female fans.

All in all, Chris Evans’ content has always felt like the actor giving his fans a warm hug while dressed in that sweater from Knives Out. And this time, when he needed it, his fans returned the favour. Why have we never done that for female celebs, or women in general?

What happened out there, the way the fans actually had the celeb’s back instead of trolling them or revelling in their misfortune, that’s a rather unique reaction. One that we don’t see often these days. You might be reminded of instances in the past when there have been intentional leaks of nude photos of female celebrities like Emma Watson, Jennifer Lawrence, and even Chris Evans’ Marvel costar, Scarlett Johansson, where the fans have shunned basic human decency and propagated those photos. In some instances, female celebrities have even been shamed for letting photos being taken in such poses, even though they had absolutely nothing to do with the release of such photos in public. Cameras are shoved in their faces and they’re made to go through a whole public trial and embarrassment.

Can you imagine something like this happening in India, with a top Bollywood actress, and the fans reacting so protectively about it? No! Instead, the country’s leading newspapers would feature the actress’ exposed orifices in full display on their front pages, and then shame them for it! Even now, as the allegations get levelled against Rhea Chakraborty, Sara Ali Khan and Rakul Preet Singh, you’ll see how the news channels, paparazzi social media accounts and so on will flash photos of these actresses clad in skimpy outfits, as if making a commentary that their state of clothing is directly tied to their character.

Which is why, when 2 Broke Girls actress Kat Dennings spoke up about women not being accorded the same courtesy and protection as Evans did, it hit close to the heart for me and many other women.

Remember when @Disney crucified Vanessa Hudgens for having her privacy violated, and @DaneCook harassed her on public tv, and where was this energy then, oh right.

When women's nudes got accidently leaked then some people will come out saying women are not allowed to take nudes but when it happened to Chris Evans people started respecting him and didn't share it I hope people will change their ways in the future.

Chris Evans accidentally leaked a nude photo. For the most part, social media has rallied around him. Nobody called him a slut. Nobody insisted he was an attention whore. Nobody thinks his career is ruined.

We need to give women this same love & respect. 💯💯💯#ChrisEvans

Next time a woman's nudes are leaked, please can we be just as supportive and kind as people are being to #ChrisEvans instead of immediately slut shaming her? That's all

THIS IS THE ENERGY WE WANT FROM EVERYBODY! 👏🏻

People having nudes on their private camera rolls is frankly a matter of choice. If they get accidentally leaked or intentionally shared by some hacker or someone with an agenda, it still does not give us the right to shame the person for it, celebrity or not, male or female. But it would do well to remember that these ‘leaks’ happen so often with women’s photos and videos, either as revenge porn or simply ‘mischief’, that we need to ensure we accord the same benefit of doubt to them and refrain from circulating them like we did with Chris Evans’.

It's easy to respect men and say shit about women's body 😀 I love patriarchy.

Perhaps, the times have changed for the better. And we’d like to believe in a positive, good world.

Maybe I’m being naively optimistic, but when I saw it all go down and the mass response, I felt hopeful. That this may be a start in a societal evolution where the shaming, chastising, or similar is phased out and becomes the minority of opinion for anyone it happens to.

As for the man of the moment, he seems to have used even this moment to do some good, and advocated for voting. Also Read: #SorrySara And #SorryRakul Trend After Conflicting Reports Of Drug Use Do The Rounds. Why Have No Actors Names Have Popped Up?