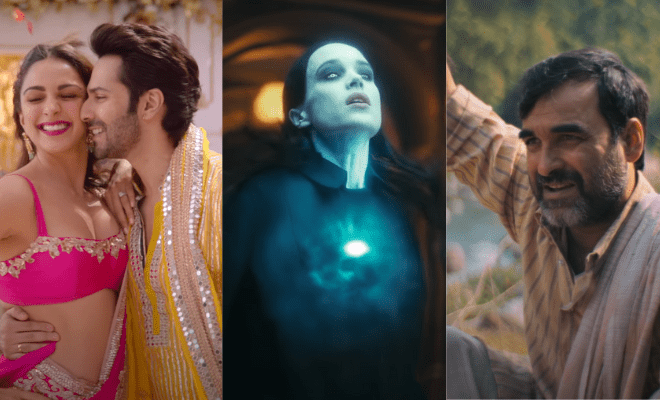 The weekend is here and I don’t know about you guys but I am surprisingly gearing up for a party tomorrow. Yes, the introverted weeb gets invited to places too, big whoop! Anyhoo, If you are anything like me, your weekend plans usually involve you sitting indoors and catching up on shows and movies you might have missed over the week. And with the rains here already, who wants to go out and spend time with nature when you can be cosy indoors? So to make sure that you guy’s ain’t bored staying home, I have compiled a list of movies and shows that are releasing this weekend,

A superhero series is a comedy-drama created by Steve Blackman. It is based on Gerard Way and Gabriel Bá’s comics of the same name. It was released June 22, 2022.

Ms. Marvel is an American television miniseries based on the Marvel Comics character Kamala Khan (Ms. Marvel) created by Bisha K. Ali. The third episode was released on Jun 22, 2022.

Love & Gelato, written and directed by Brandon Camp. It is based on Jenna Evans Welch’s best-selling novel of the same name. It has been out since June 22, 2022.

ALSO READ: What To Watch This Week: ‘She’ Season 2, ‘Nikamma’, ‘Halftime’, ‘The Summer I Turned Pretty’ And More

With a new horror thriller, director Scott Derrickson comes back to his horror roots and collaborates once more with the genre’s leading brand, Blumhouse. The film releases in theatres on June 24, 2020.

The movie is a perceptive story, inspired by true events about the negative effects of urbanisation, man-animal conflict, and poverty, which leads to a strange practice in a village on the outskirts of a forest. The film releases in theatres on June 24, 2022.

Hello Zindagi is a Gujarati film featuring Viveka Patel, Rajan Rathod, Jeetendra Thakkar, and Ilesh Shah. The movie will be releasing on June 24, 2022.

The plot revolves around little girls who begin to vanish and their bodies are discovered soon after in the town of Mussoorie. Megha, a police officer, and Johnny, a forensic officer, work together to find the murderer. Premieres on June 24, 2022.

ALSO READ: ‘Faadu’ Teaser: Ashwiny Iyer Tiwari Is Back To Blow Our Minds With This Intense Love Story

The big moment is here, well almost! If you’re a fan of ‘The Boys’ comic book, you’ve probably been curious about this episode since the show first aired. If you’ve only seen The Boys on Amazon Prime, buckle up, Herogasm is here! Watch it on June 24, 2022.

11. The Girl from Plainville (Lionsgate Play)

The Girl from Plainville is an exclusive Lionsgate Play true crime miniseries based on true events that left the world confused and shaken. Watch it from June 24, 2020.