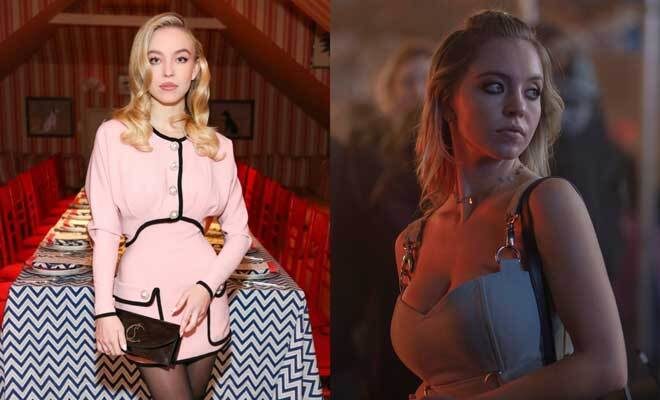 If there is a show that has been trending and got the attention of most of the youth around the world then that show is none other than, Euphoria. The teen drama that revolves around a group of high school students in California has everyone hooked. And a part of the reason is the cast whose performances get better (if that’s even possible) with every episode. In fact, one of the actors of Euphoria, Sydney Sweeney, has been constantly trending on social media for her breakout role. But did you know that her acting career was only possible because of a 5-year career plan Sydney Sweeney wrote when she was 12-years-old to convince her parents to let her act? Yep, the dedication shows, doesn’t it?

Sydney Sweeney, who plays Cassie Howard in Euphoria, has been in the industry for over a decade but it is only recently that the actor has shot to fame. In fact, when she was 12-years-old she had written a 5-year long career plan and had presented it to her parents on PowerPoint so as to convince them to let her act.

In an interview, Sydney Sweeney said, “It said something along the lines of – if she auditioned for X short film, she’d be recruited by agents Y and Z, and then she’d booked this film where she’ll meet this well-connected producer, and so on.”

As fate would have it, the Euphoria actor’s parents were convinced and so they spent a lot of time travelling back and forth from their hometown, Spokane, Washington, and Los Angeles for auditions. During this time, Sydney Sweeney had bagged small roles in TV shows like Grey’s Anatomy, Criminal Minds, and many others.

While the professional work was good but not all that she had hoped for, the actor’s personal life was also facing issues. The Sweeneys had some money troubles due to which they lost their Washington house and Sydney’s parents also got divorced. The 5-year career plan made by Sydney Sweeney had also come to an end and she recalls that it was on the morning of her 18th birthday that she realised her path didn’t look anything like her career plan.

The actor said that she had always hoped that by 18 she would earn enough money to buy back their Washington house and that would somehow bring her parents back together but that wasn’t the case. However, a few months after that bagged a role in Sharp Objects and Everything Sucks – these roles changed the trajectory of her acting career.

And after she bagged the role in Euphoria, it seems as though her hard work has finally paid off and there’s no stopping her. Speaking in the interview, the actor further added, “I’ve experienced the way that I don’t want to live, and I don’t want my future children to have to go through the same struggles or see me stress in the same way that my parents did… Nor do I want to see my family have to stress the way that we used to… I definitely try to control as much as possible, and then have everything put together to stay secure. I want to show younger generations that you can do anything, even if you don’t have the means or the connections.”

Her story is the kind that you tell your children when you want them to have the never-give-up attitude. I, for one, am glad that she pushed through everything that was going on – professionally and personally – because we all know that no one could play Cassie Howard better than her in Euphoria. Am I right or am I right?