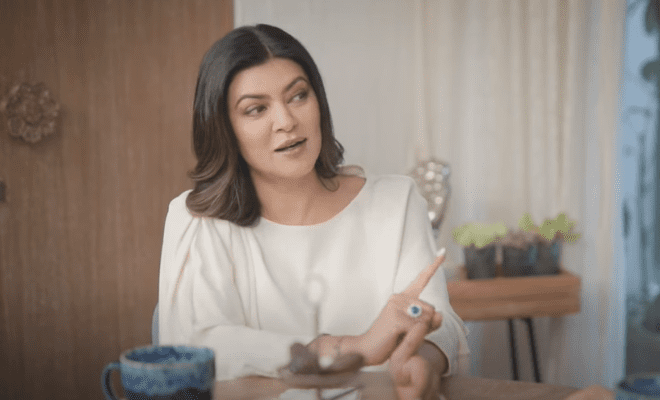 Sushmita Sen is known for the unconventional choices she has made in her life and what I really love about her is that she has owned it all with such grace. She has never shied away from making those choices and that has made her a role model to many. With the same candour, she spoke to author Twinkle Khanna in a recent interview where she talked about her personal life and gave an insight into why she never decided to get married.

Sushmita Sen Opens About Why She Never Married

In the video that was shared on Tweak India’s YouTube channel, Twinkle Khanna and Sushmita spoke at length about the latter’s life choices and one of them was why she never married. Sen said that she did meet some very interesting men in her life but never got married to anyone because they were a ‘letdown’. Elaborating more, she said that she had come close to marrying three times and all three times, God had saved her.

Khanna had asked if her decision to not marry was because she had already adopted two kids by then. To this, Sushmita replied by saying that her kids were never in the equation. She further said that in fact, they were very ‘gracious’ and they have accepted the people in her life with ‘open arms’.

Also read: Universe, And KJo, Have Conspired To Bring Aishwarya Rai Bachchan And Sushmita Sen Together On ‘Koffee With Karan’ S7

The former Miss Universe’s Instagram handle is full of pictures and videos that she shoots with her daughters Renee and Alisah. She never misses an opportunity to shower love on them and appreciate them.

Twinkle Khanna Shares A Picture Of Her Son Aarav Bhatia’s Meal And It’s So Fancy. We Can Only Make Instant Noodles!