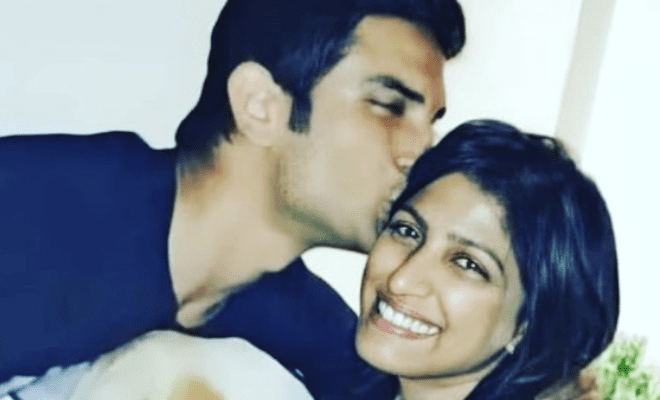 Sushant Singh Rajput’s Sister Does Not Believe He Died By Suicide, Reveals Shocking Details For The First Time

It was on this day in 2020 when Sushant Singh Rajput was found hanging in his apartment in Bandra. Initially, the Mumbai Police investigated this as a suicide case and then the case was handed over to the CBI. The whole country mourned Sushant Singh’s loss as he was a budding actor in the industry and had starred in some really good films. His fans also began demanding justice for him and Sushant’s girlfriend Rhea Chakraborty also came under CBI’s radar and was called in several times for questioning. And now, the late Sushant Singh Rajput’s sister Priyanka Singh, who has been overseeing details of his case from the start has made some new shocking revelations.

While talking to India.com, Priyanka Singh said that she had gone to see the room where Sushant allegedly hanged himself and does not believe he dies by suicide. She also added that she is a criminal lawyer by profession and has handled cases of suicide before. Priyanka described that in such cases, the eyes bulge out, the tongue comes out of the mouth and there is a discharge from the body as well. But she said that nothing of this sort happened with Sushant.

Priyanka also pointed out that the distance between the bed and the ceiling fan was not of Sushant’s height. She further mentioned that the files mention his height wrong as well. She added that he was 6 feet 183 cm but it was mentioned in the records that his height was 5 feet 10 cm or even lesser. An alleged drug connection is also being probed by the CBI in this case.

It has been two years since Sushant Singh Rajput passed away and there yet has not been any breakthrough in his case.