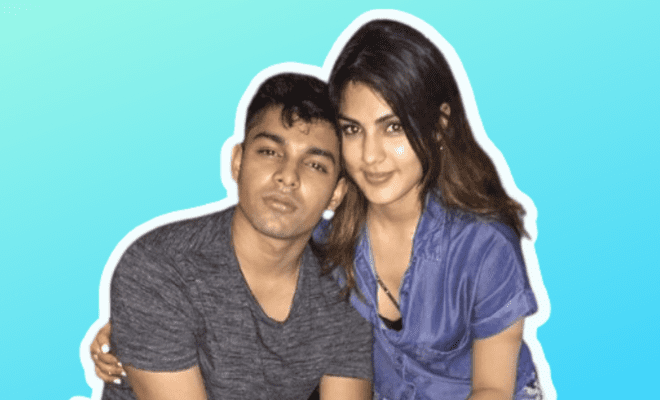 Two years ago, in 2020, our world as it was, changed. Apart from the Covid-19 pandemic hitting us hard, we witnessed a death that left chaos behind. The demise of actor Sushant Singh Rajput in June 2020, left us all in shock and it soon led to the arrest of his girlfriend and actress Rhea Chakraborty, her brother Showik Chakraborty and others in connection with a drug case but were later released on bail. In a latest update, the Narcotics Control Bureau (NCB) has reportedly filed draft charges against Rhea Chakraborty, her brother and others.

According to media reports, the special public prosecutor in the case has proposed the court to charge Rhea Chakraborty and her brother with consumption of narcotic substances and for procuring and paying for drugs for the deceased actor Sushant Singh Rajput. The prosecutor asked the court to maintain all the charges against the accused in the case as mentioned in the charge sheet. FYI, the NCB has charged the accused under Sections 8(c) read with 20(b)(ii)(A), 22, 27, 27A, 28, 29, and 30 of the Narcotic Drugs and Psychotropic Substances (NDPS) Act. But the charges could not be framed as some of the accused moved discharge applications. The court noted that the charges would only be framed after the discharge pleas are decided. Both Rhea and Showik were present in court during this hearing on Wednesday. Special judge V G Raghuwanshi has posted the matter for hearing on July 12.

For the unversed, Rhea Chakraborty was arrested in connection with the drug case in September 2020. The actress along with her bother Showik and several others were accused of consumption, possession and financing of drugs. Nearly a month after her arrest, Rhea was granted bail by the Bombay High Court. Ever since this case came to light, the NCB has been on investigating actors and actresses in Bollywood in connection with drugs. Several actors including Deepika Padukone, Bharti Singh, Haarsh Limbachiyaa, Sara Ali Khan, Shraddha Kapoor, Ananya Panday, Aryan Khan and others have come under the investigative agency’s scanner.