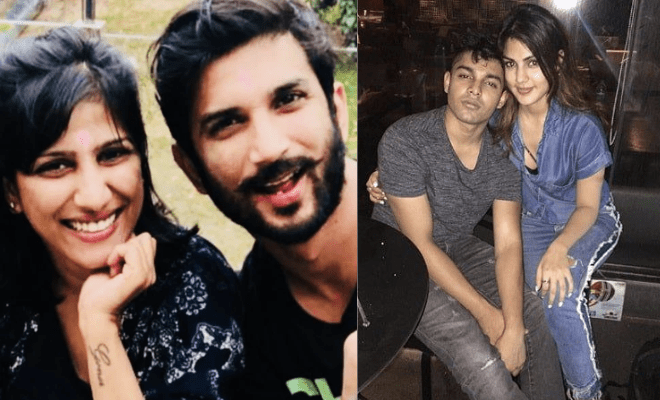 On June 14, 2020, Bollywood lost one of its gems – Sushant Singh Rajput. It jas been two years since then and Bollywood along with his fans still can’t get over his loss. His untimely death also started a drug case in which a lot of celebrity names popped up including his girlfriend and actress Rhea Chakraborty. No sooner did the names come out, than there were arrests made – Rhea Chakraborty, her brother Showik Chakraborty, and many others. But later on, all of them were soon released on bail. However, the drug case is nowhere close to a close. In the latest update, the Narcotics Control Bureau (NCB) has reportedly filed charges against Rhea, her brother, and many others. As soon as this news came out, Priyanka Singh, sister of Sushant Singh Rajput, reacted to it saying she is still hopeful that justice will be served.

On June 23, a special public prosecutor in the drug case associated with Sushant Singh Rajput’s death proposed the court to charge actress Rhea Chakraborty and her brother, Showik Chakraborty, with consumption of narcotic substances. They are also charged for procuring and paying for drugs for the late Sushant Sing Rajput. The prosecutor also asked the court to maintain all the charges mentioned in the charge sheet that was filed.

Reacting to this news, Priyanka Singh, who has been openly voicing her opinions regarding the drug case, took to Twitter and tweeted, “Good Morning Truth Seekers! MTL: SSRians Hopeful in SSRCase. RTL? SSR Beacon of Good Things.”

While Priyanka Singh, sister of Sushant Singh Rajput, reacted to NCB’s draft charges against Rhea Chakraborty, her brother, and others, a special judge who is hearing cases related to the Narcotic Drugs and Psychotropic Substances (NDPS) Act, posted regarding the matter and said the hearing will be held on July 12.