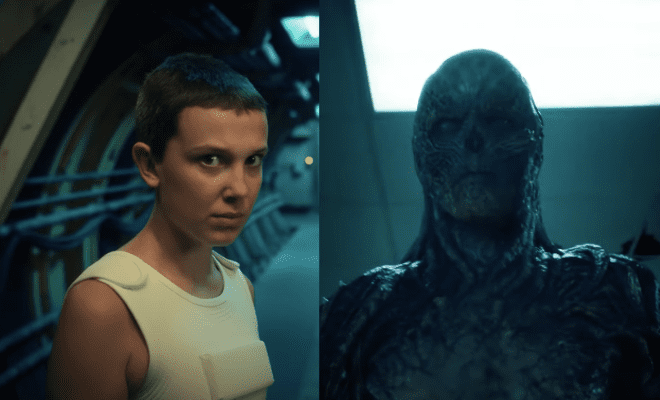 Ever since Netflix came to India, we’ve all been going on binge fests with the variety of content available to us at a click of a button. Currently, the one show that has been on top of our binge list is Stranger Things. This science-fiction horror drama series has been on all of our minds ever since the much-awaited season 4 dropped. While we’ve all binged on the first seven episodes of the series after they were released on 27 May, we’ve also been holding our breaths for the last 2 episodes which are set to premiere on the OTT platform on 1 July. The cliffhanger in episode 7 had us sitting on the edge of our seats wondering what’s coming next. And now, just days before the release, Netflix has dropped the trailer for the finale and it looks like Volume 2 of Season 4 of Stranger Things will be the answer to all of our questions.

Six months after the Battle of Starcourt that has brought terror and destruction to Hawkins, the Hawkins gang has been struggling with the aftermath after being separated for the first time. While the group continues to navigate the complexities of high school while being separated, a new, horrifying supernatural threat has surfaced along with a mystery. If solved, this could finally put an end to the horrors of Upside Down.

Check out this trailer.

The Stranger Things fandom has been waiting to know if Eleven will finally get the full use of her powers back to stop Vecna and if all the Hawkins friends will come back together or continue to remain separated and while this trailer won’t answer all your question (of course) but it will make you hungry for more.

Also Read:‘Stranger Things 4′ Vol. 1 Review: This Nightmare On Hawkins’ Street Is Loaded With Scares, Themes, And 80s Nostalgia, But Is Best When It’s About Friendship

We’re holding our breaths and waiting for 1 July, what about y’all? Let us know in the comments below.

This ‘Stranger Things’ Character Is The Most Tweeted About From Season 4. And We’re Not Surprised!