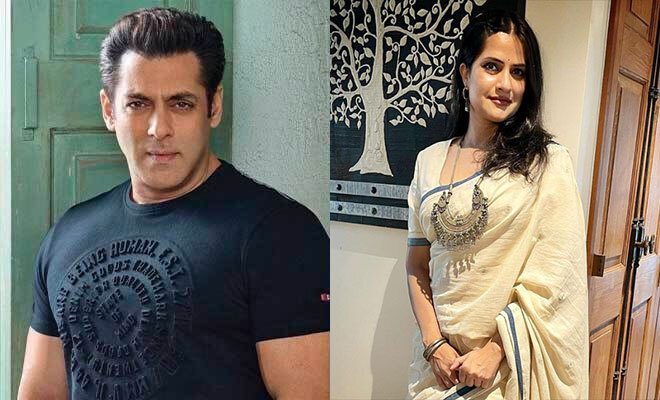 One thing common among most celebrities is that more often than not they get into trouble for saying something really stupid and insensitive. Remember back in 2016, when Salman Khan was promoting Sultan, he said a bunch of misogynistic comments out of which one evidently stood out – the one where he said he felt like a ‘raped woman’ after the gruelling shoot for Sultan. Yep, he really did make that comment and after which it was his father Salim Khan who apologised while Salman Khan chose to stay mum. It was during that time that singer Sona Mohapatra had called out the actor for his comments. But because of the massive fan following that the actor enjoys, his fans did not like that the singer called him out and sent her rape threats.

Sona Mohapatra, who has always been unafraid of voicing out her opinions, is used to the constant trolling and negativity that she faces on social media. However, there are times when the negativity gets to her. In a recent interview, the singer recalled the time when she faced a lot of negativity for calling out Salman Khan on his rape comment.

Back in 2016, Sona Mohapatra had said, “Women thrashed, people run over, wild life massacred and yet #hero of the nation. ‘Unfair’. India full of such supporters. Heard that Salman trued to retract his statement after saying it indicating some self awareness of how wrong it was. Saying sorry won’t hurt. Dear idol of millions, Getting your father to say sorry everyday isn’t good enough. Teach your fans something good for a change?#India”

Speaking about that time, Sona Mohapatra said that she remembered receiving death threats, rape threats, and even literal shits that were sent to her in dabbas in her studio. And all of this happened after she spoke up against Salman Khan.

As per reports, the singer said that she went through “the most hideous horrible trolling including death threats and literally shit coming in dabbas into my studio because I had called out Salman Khan for his misogynistic statements and that had gone viral. And that was a two-month long process where finally the Minister of Women and Child Development had to put out a story where she said that we are launching a hashtag called ‘I am being trolled’ for better safety of women and children online because Sona Mohapatra has been facing vicious threats.”

The singer concluded by saying that the time she faced was horrible and there were days when she would be constantly sobbing. But the negativity is worth it since it helps things to change slowly as it is conversations that change the world.