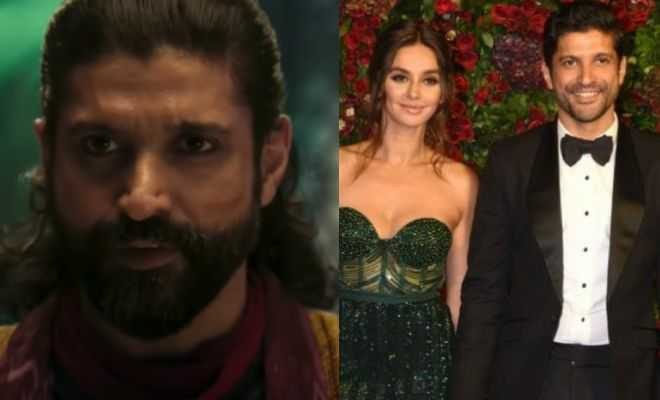 Shibani Dandekar Gives A Sweet Shoutout To Hubby Farhan Akhtar For His Role In ‘Ms. Marvel’

The wife is the biggest supporter and cheerleader of a husband. Proving this quite right, Shibani Dandekar has made the sweetest gesture for her husband Farhan Akhtar. On Wednesday, the much-anticipated role of Farhan Akhtar in Ms. Marvel was finally revealed by the makers. We have Farhan Akhtar made his Hollywood debut with the character of Mr. Waleed. Also, he becomes the first Bollywood actor to feature in a Marvel universe, so definitely there are a lot of things to be happy and excited about. Shibani could not contain this happiness and gave the sweetest shoutout to her husband.

The official teaser revealing Farhan Akhtar’s character was given out on Wednesday and then it looks intriguing. Farhan is all set to appear as Mr. Waleed in the fourth episode of Ms. Marvel. The clip shows a conversation between Mr. Waleed and Kamala Khan. Farhan Akhtar’s look is really interesting and got the fans super excited about his role. Shibani Dandekar took to her social media account to share the video teaser. For the caption, she just wrote a two-liner but that was enough to hear her excitement. Shivani wrote in the caption “I’m ready Mr.Waleed!!!!!!!!!!!!!!”. Can you hear this? She further asked the fans to binge-watch all the four episodes of Ms. Marvel on Disney + Hotstar.

Shibani and Farhan tied the knot in a very special and intimate wedding on February 19. Well, we are all equally excited for Farhan’s debut in the much-loved series of Ms. Marvel but clearly, the wifey is way more than us, and why not?