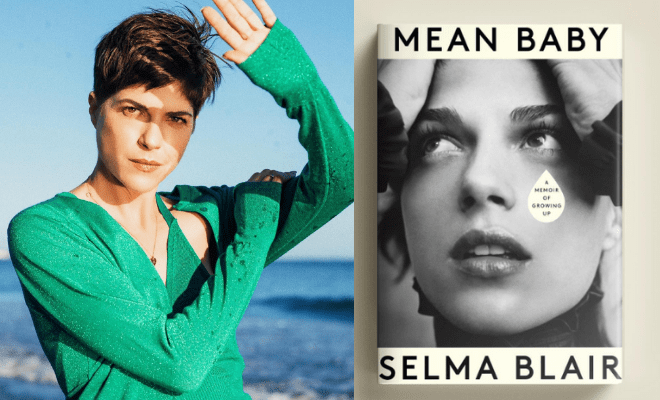 Over the years, several celebs have come out with their own heart-wrenching stories of sexual assault and abuse and their trauma. And each other has been more painful than the other and now yet another actress Selma Blair has opened up about facing sexual abuse on multiple occasions in her new memoir, Mean Baby: A Memoir Of Growing Up. We’ve known Selma Blair to be an outspoken woman who has time and again shared her life problems on an open platform but these details from her past have left us all in a state of utter shock. The actress has shared horrifying details from her past traumas including suicide attempts and her alcohol addiction among other things.

In her memoir and an interview with the international entertainment portal People, Selma Blair shared that she has been raped “multiple times”. Revealing that alcohol became her coping mechanism due to her traumatic childhood at the ripe age of 7 years. Sharing that she did not get drunk during the early year of drinking, the Cruel Intentions actress revealed that she would just take “quick sips” to reduce her anxiety and eventually she became “an expert alcoholic” and was good at hiding it. Sharing that her alcoholism escalated in her teens and 20s, the actress opened up about her personal trauma of being raped during a college spring break trip when she was sexually abused following a day of binge drinking. She stated that she doesn’t know for sure if she was raped by two people but she’s sure that one of them definitely did it. Speaking further Selma Blair said that she made herself small and quiet and “waited for it to be over”. She went on to add that she wishes what happened to her that night was an anomaly but it wasn’t.

Recounting her trauma, Selma Blair said that she has been raped multiple times as she was too drunk to say ‘please stop’ and apart from one violent incident, she has always come out of incidents of sexual abuse “quiet and ashamed”. She further added that she has never opened up about being raped multiple times in front of anyone but her therapist. The actress revealed that telling her story in her memoir Mean Baby: A Memoir Of Growing Up was a part of her healing.

Speaking about writing down the accounts of her past trauma in her memoir, the Cruel Intentions star said that penning it down stopped her dead in her tracks and made her realise that her sense of trauma was bigger than she knew. “I did not realize that assault was so central in my life. I had so much shame and blame. I’m grateful I felt safe enough to put it on the page. And then can work on it with a therapist and with other writing, and really relieve that burden of shame on myself,” Selma Blair was quoted telling People. The actress who has been sober since 2016 revealed that she shared her story and past trauma for her son and for other people who have experienced similar incidents in their lives. She concluded by stating that she is in a “good place” now and she is okay.

Well, we’re at a loss of words but we’re sending loads of healing energies your way Selma. We hope you heal from your pain and trauma soon. You’ve got us in your corner.