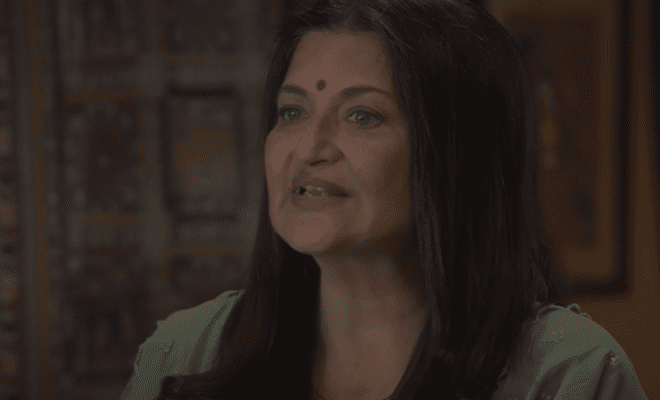 Sarika Says She Stayed Away From Films Because She Was Only Offered Motherly Roles. Kya Karein Iss Ageist Industry Ka?

Just as nepotism exists in the film industry so does ageism. Artists, especially female actors, are given the roles of mothers to play once they cross a certain age. This typically typecasts them as the mummies of the industry and also stereotypes the notion that older women cannot play substantial characters. Talking about the same, actor Sarika has revealed how she experienced this bias because of ageism and how she craved to play characters that were well-written.

In an interview with Indian Express, Sarika has revealed that very few good roles are offered to her which is why she appears to be picky about the characters she plays on-screen. Remembering the time when she made her comeback to acting, she was always given roles that were motherly in nature. She said that she was asked to play mothers to actors who were barely three to four years younger than her.

She also went on to credit the boom of OTT in the country because of which there are better scripts and a massive audience as well. She went on to say that now that there isn’t much financial risk, people are willing to try new and different things. Sarika further went on to reveal that when filmmaker Alankrita Shrivastava came to her with the short film My Beautiful Wrinkles, which is a segment of the anthology series Modern Love Mumbai, she could not say no to her.

Mrunal Thakur Talks About Her Transition From Television To Films, Reveals Why ‘Jersey’ Didn’t Have An OTT Release