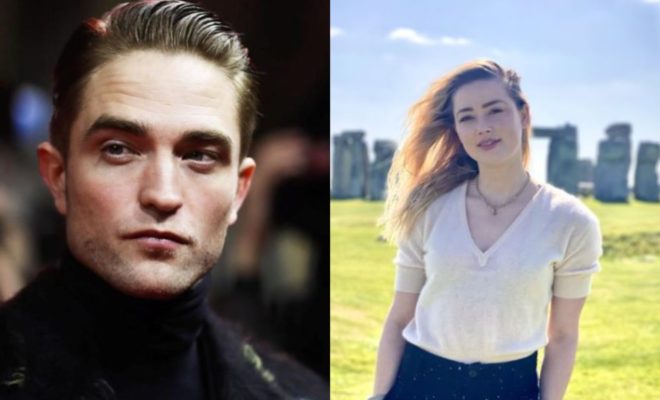 Robert Pattinson And Amber Heard Have The Most Beautiful Faces In The World, Says Science. Umm, Do We Care?

We live in a world where outward beauty is given a lot of importance. Attractive faces, perfect jawlines, and noses make a man or a woman attractive. Unrealistic beauty standards also tend to misguide the youth and set wrong examples of beauty for them. Now, we have got ourselves a report that scientifically proves Amber Heard and Robert Pattinson to have the most attractive faces in the world. The question is was this a really necessary study to be carried out?

A London-based plastic surgeon, Dr.Julian De Silva has used a traditional face mapping method to conclude the findings. The traditional face mapping algorithm was used to study the faces of some really big names in the Hollywood industry. The algorithm gives us the closest ratio of a human face to the Greek Golden ratio of beauty which is 1.618, it is also known as ‘phi’. As per reports, De Silva discovered Amber Heard’s face to be at 91.85 percent, making her one of the most beautiful women in the world, followed by Kim Kardashian at 91.39 percent, Johnny Depp’s ex, Kate Moss, was third with 91.06 percent, Emily Ratajkowski and Kendall Jenner was fourth and fifth with 90.8 percent and 90.18 percent, respectively.

Dr. Julian De Silva also discovered Robert Pattinson’s face to be 92.15 accurate to the golden ratio using the same method, making the Batman actor one of the most handsome men in the world.  Pattinson was followed by Henry Cavill, who got 91.64 percent. Brad Pitt, George Clooney, and Bradley Cooper were also on the list.

Also Read: Amber Heard Talks About Being A Full-Time Mom To Daughter Oonagh Paige After The End Of Defamation Trial With Johnny Depp

Will this study not set some very high beauty expectations in the minds of young people. Studying who has the perfect nose or face and declaring them as the most beautiful people in the world. Was this a really important study for science to deal in?  Such reports and constant emphasis on outer beauty have created insecurity about the body and face in the minds of young people, which is completely wrong and unnecessary. It is past time that we stopped caring about such reports.

This Pride Month, Let’s Talk About The Time Barbie’s Ken Accidentally “Came Out” Of The Closet