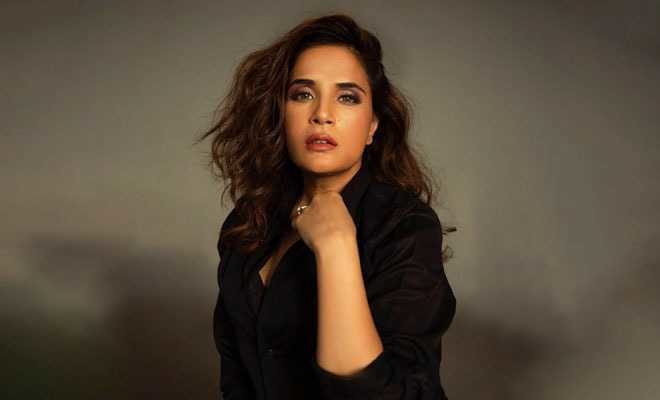 Richa Chadha is known for being open about taboo topics and normalising stuff that might be considered inappropriate to discuss. A while back she stunned everyone with her weight loss by posting pictures of herself in a shimmery black gown, showing off her toned figure. She opened up about her weight loss journey in a recent interview and spoke about her motivation for wanting to embark on this journey.

Richa Chadha opened up about her motivation for wanting to lose weight. She said that her main goal for wanting to lose weight. She said that she wanted to improve her quality of sleep, mobility, and movement. She further stated that she is a victim of working out too much. She states that too much exercise can cause issues to your internal organs and can be more detrimental to your health. She further emphasized the importance of resting and how underrated it is. She said it is important to strike a balance between the two so that your body can prepare for high-stress situations and work environments.

Also Read: Priyanka Chopra Spent A Fun Sunday With Her LA Girls, And Her Heart And Tummy Are So Full!

Richa has been vocal about not wanting to subscribe to traditional standards of beauty. She addressed her previous statements and how they relate to her current weight loss and if she has changed her mind about it. Richa says that just to be true to her previous statements, it wouldn’t be fair to remain 15-20 kgs heavier just to say true to her statements. Moreover, she thinks it is not fair for people to misconstrue her decision as succumbing to societal pressure.

According to Hindustan Times, Richa further gave props to body-positive influencers such as toshadaa. She said that she believes that the youth today has better people to look up to and they have the freedom to have their own journey until they achieve a balance.