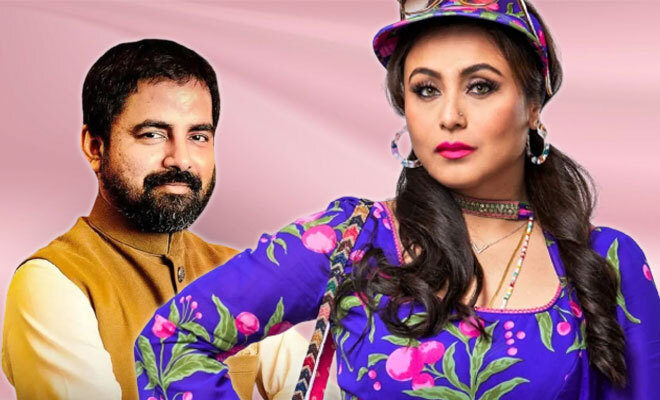 One of my all-time favourite fashion couturiers is none other than Sabyasachi. Now, I know that Sabyasachi Mukherjee faced a lot of backlash recently for that mangalsutra ad campaign. But you can’t take away from the fact that he is a talented designer with impressive skills. And so it doesn’t come as a surprise that he is in charge of costumes for Rani Mukerji in her upcoming movie, Bunty Aur Babli 2. Ironically enough, Rani Mukerji’s character in the film, Vimmy, outrightly plagiarises Sabyasachi Mukherjee’s creations and sells them under her own brand name!

Yep, in the movie Bunty Aur Babli 2, Rani Mukerji plays the role of Vimmy who is the ‘Fashion Queen of Fursatgunj’. She is a true blue fashionista who designs her own clothes under her fashion label ‘V’. 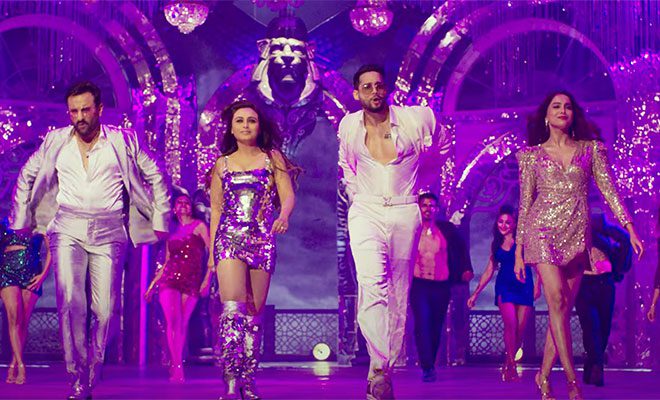 And just like many other fashion lovers, Vimmy is a huge fan of the top Indian couturier Sabyasachi Mukherjee, duh! And so she outrightly copies his creations and passes it off as her own original designs. Not only that, but she also has her own brand logo that has a ‘V’ with a cat on it, similar to that of Sabyasachi who has the Bengal Tiger as his logo. #Jugaad!

Ironically enough, Sabyasachi Mukherjee is in-charge of costume designs for Rani Mukerji in the movie. And by being the costume designer of the film, he has added so much depth to the film’s narrative and also made a smart choice by adding pop-culture references in it.

Also Read: We Know Rani Mukerji Doesn’t Want A Stylist But OMG, She Is In Desperate Need Of One

Talking about designing costumes for Rani Mukerji and the storyline of her plagiarising his creation, Sabyasachi said, “It’s impossible not to appreciate the humour behind this! I personally think it’s very flattering to be written in as Vimmy’s con job. I think it’s no secret that my brand has created an entire subculture of copies across the country, and the fact that it’s being referenced in mainstream cinema further drives home the reality out there. And the fact that it’s Rani doing it makes it even more special.”

Sabyasachi also went ahead and revealed how Rani Mukerji and director Shaad Ali had approached him for making costumes for Bunty Aur Babli 1, but he had to decline it because his calendar was packed at the time. However, he had promised Rani that if a sequel was made, he would design her costumes. And so it was more of a personal decision rather than a professional one.

As per reports, when Sabyasachi Mukherjee even spoke about designing Rani Mukerji’s looks as Vimmy in Bunty and Babli 2. He said that Vimmy even though is a con artist, knows that she is the “fashion queen of the town”. He said, “She’s the quintessential fashion victim, but with a charm, confidence, and personality that can totally carry any look she wears… I love the irreverence and whimsicality of Vimmy’s fashion choices, it was pure joy to create these looks.”

Seeing that Sabyasachi is one of my favourite designers and Rani Mukerji can carry almost any look, I’m certain that the costumes of Bunty Aur Babli 2 are going to be nothing less than iconic. Honestly, I can’t wait to see them!