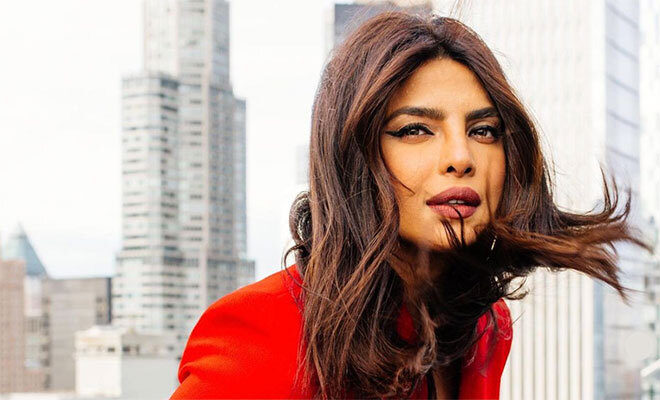 Priyanka Chopra has made us all proud by introducing the world to Bollywood after she started working in Hollywood. However, we cannot forego the groundbreaking performances she had given us, proving herself as a versatile actress who can play almost any character she is given. Priyanka recently spoke about all her iconic Bollywood milestone characters, discussing her role in movies like Aitraaz, Mary Kom, Don and, Kaminey amongst others.

In a recent interview with Vanity Fair, Priyanka Chopra revisited her career in Bollywood and discussed all the roles that shaped her as an actor. In Aitraaz, Priyanka plays a sexual predator named Sonia. Priyanka Chopra recalls that leading actresses were expected to maintain a “good girl” image and those were the roles that actresses usually took up. She said that she was told by everyone that she would be shunned from the industry by playing Sonia. Priyanka recalled, “Because my character was a sexual predator, and I was 21 or 22, and people were like, ‘If you play such a sexually charged character, I don’t know if your audience will be able to see you as the dream girl.’” After the premiere when she walked out of the theatre, Priyanka was surprised by the reception she got as she expected to be “cancelled,” after Aitraaz.

Priyanka also addressed her role in Mary Kom where she played the titular role of Mary Kom, a female northeast Indian boxer from Manipur. However, she admits that the role should have gone to a northeastern actor and her greed as an actor made her take up the role. She said, “The part should have probably gone to someone from the Northeast. But I was just greedy as an actor to get a chance to tell her story because as a woman, she inspired me so much.” She went on to say that Mary Kom challenged her mentally and physically. And because she didn’t look like Mary, Priyanka tried to embody her spirit by spending time with her and getting to know the boxer personally.

Priyanka also discussed her roles as Roma and Sweety in Don and Kaminey, respectively. While discussing Roma she said, “I looked for a challenge. I wanted each person, each woman that I play to be her own person. And Don was a really pivotal movie in my career at that point.” She went on to say that director Farhan Akhtar wanted her to learn Tai Chi and embody a fighter who is “confident.” Priyanka Chopra added that Don was when she started doing stunts and continued on for her entire career. While talking about Sweety from Kaminey Priyanka stated that she had to learn Marathi and also the dialect of where Sweety came from. She said that she had to, “… strip myself from the glamour that I had sort of collected by doing movies like Don or Aitraaz, and over time I was playing all of these really interesting characters, but very polished characters versus Sweety was unravelled, loud, brash, held a machine gun if she wanted to, use vile language and was feisty.”

Priyanka Chopra was graciously able to admit the problem with taking a role meant for a northeastern actor and I can respect her for learning from her mistakes. I was kinda bummed out they did not discuss her brilliant performances in Bajirao Mastani and Barfi! However, considering how Priyanka Chopra has given us brilliant performances throughout her career, it is unrealistic of me to expect them to cover so many of them.