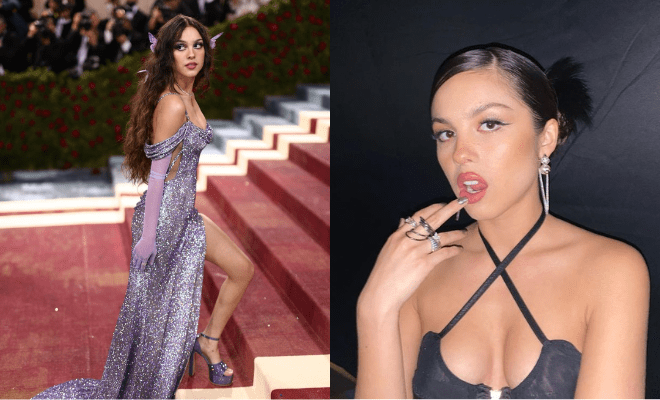 One of the most shocking news that women all around the world were faced with was the repealing of the Roe v. Wade decision. And as a woman, this was completely jarring for me. While I stay in India this decision in America still really upsets me from a feminist and humanitarian perspective. In a recent concert, Olivia Rodrigo has become the collective voice of anger and showed her anger toward the Supreme Court by singing Lily Allen’s  ‘F*ck You’ dedicated to them.

Olivia Rodrigo collaborated with Lily Allen for her recent Glastonbury festival performance, dedicating a song to the US Supreme Court justices who overruled Roe v Wade, which safeguarded abortion rights. Rodrigo responded to the decision by saying that she was horrified and she is afraid that many women and girls may die due to this decision.

Olivia expressed disappointment at the ruling, saying that she wanted to dedicate the song to the five Supreme Court justices who have proven that they “truly don’t give a sh*t about freedom.” She then named the Supreme Court nominees Samuel Alito, Clarence Thomas, Neil Gorsuch, Amy Coney Barrett, and Brett Kavanaugh and said, “We hate you.”