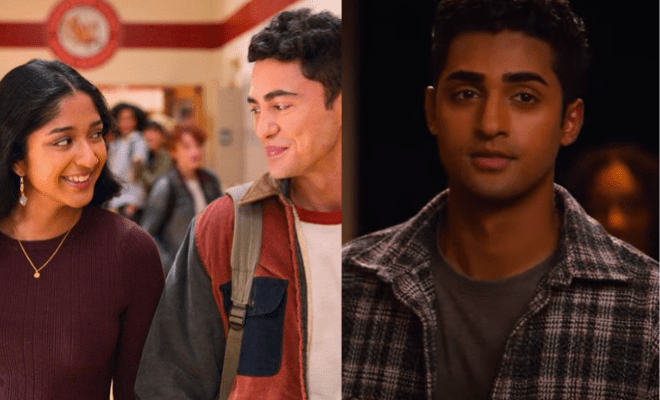 ‘Never Have I Ever’ Season 3 Trailer: Devi And Paxton Are Official, But Will New Desi Hottie Stir Up Trouble In Paradise?

The trailer for the third season of Never Have I Ever has finally dropped and it is super duper exciting! With Devi’s love life swinging between Paxton and Ben, she finally decides to be with the former which feels like a dream come true for her, quite literally. Now, as we would have thought that Devi’s life is set on all fronts and she can go about living her dream life with Paxton in the picture, which clearly does on seem so in the trailer of season three. So, without further delay, here’s what the trailer of Never Have I Ever season three was all about.

Never Have I Ever Season Three 3 Trailer

The one-minute 54-second-long video began with Devi and Paxton entering the school hall hand-in-hand. This sight shocks everyone as they all drop everything they’re doing and continue to stare at the new couple with their eyes as wide as saucers. But all is still not sunshine and rainbows for Devi as the entire of her school hates her for getting together with Paxton. Girls in her class gossip about her for getting into a relationship with the popular guy which irks Devi way too much.

This makes her doubt why Paxton likes her so much and she goes about confronting him about the same. Up ahead, Devi is seen attending a party but she says that her mother would not let her come unless she bought one of her mother’s friend’s kids with her. Right on cue, enters a tall, dark and handsome guy through the doors and Devi goes, “Oh shit!”

Does this mean this is a sign that another storm is about stir in Devi’s life? Stream Never Have I Have season tree on Netflix on August 12 to find out!