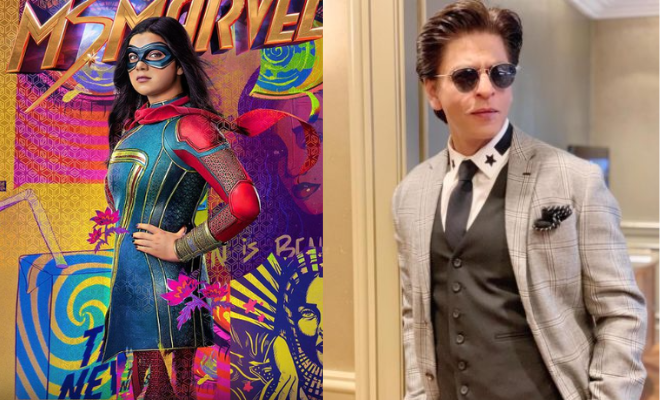 ‘Ms Marvel’ Writer Sana Amanat Says If Shah Rukh Khan Wants to Be In the Series, They Are Ready To Reshoot It

Well, Marvel has another exciting project that is all set to be released in the month of June this year and yes, I am talking about Ms Marvel! The show has garnered a lot of attention since its trailer was released it showed Marvel getting its first Pakistani supergirl! The diversity in the Marvel Cinematic Universe just got real. Apart from that, fans also cannot contain their excitement about watching the show as they have learnt that there is a shoutout to Shah Rukh Khan in the series while also mentioning some of his most popular movies like DDLJ and Baazigar. This proves that Shah Rukh’s fan following goes far and wide. And well, the writer and the makers of the series are even ready to go and re-shoot it if SRK wants to be a part of it.

Recently, in an interview with ETimes, the writer of Ms Marvel Sana Amanat revealed that if Shah Rukh Khan wants to be a part of Ms Marvel, they are ready to go and re-shoot the series! On asked why Shah Rukh was mentioned in the superhero series, Sana said that that bit was inspired by the comics. She went on to add that Kamala, the lead in the series has a special connection to Bollywood and SRK. The comics are also written by Sana Amanat.

The series will release on Disney Plus Hotstar.

People On Twitter Share Stories About Their English Teachers And How They Were Just Simply The Best. It’s So Relatable