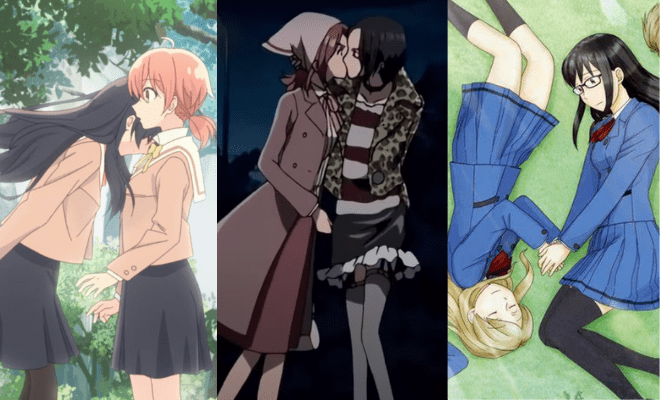 With Lesbian Visibility Week 2022 always coming to an end, I feel it is only fair that we talk about this. April 26 is Lesbian Visibility Day and has been celebrated as such since 2008. However, Lesbian Visibility Week is observed from April 25 to May 1. The main objective of this week is to create awareness regarding the LGBTQ+ community and talk about the issues they face within society. And one of the problems I have heard a lot of people from the LGBTQ+ community talk about is the lack of representation they have in pop culture. Let’s think about it, weren’t most of the characters we watch growing up cis-gendered and heterosexual? And maybe that doesn’t matter to cis-het people like us but for those that don’t belong to our world of privilege, I feel it could be pretty alienating. Think about it, you are constantly fed a narrative that your feelings and identity are invalid and they aren’t valid. How would that feel? While we have a long, long way to go in this regard, I felt like I could use this occasion to draw your attention to Yuri/GL anime. Essentially, these anime revolve around romantic love between women; be it a relationship or one-sided. So here are 5 yuri anime which I think you should watch:

Kase-san and Morning Glories revolves around Yui Yamada and Tomoka Kase. While they both are extremely different, the yuri anime follows the classic opposites attract trope where their friendship blossoms to be much more.

Sweet Blue Flowers is about two female best friends: Fumi and Akira. While the former had to leave her friend behind 10 years ago, the two are now reunited. They both make time to see each other whilst being busy with school commitments and classes. This yuri highlights their struggle to admit their true feelings and the joy of companionship.

I spoke about Bloom Into You in my Valentine’s romance anime list too but I love it too much to not repeat the recommendation. Yuu Koito has always been a romantic who dreamed of being proposed to by a man. However, when her dream becomes a reality, she feels nothing and is disappointed. Not knowing how to respond to the suitor, when she sees student council president Touko Nanami turn someone down with maturity, Yuu decides to ask her for help, kickstarting their story.

Also Read: 10 Romance Animes That Should Be On Your Anime List To Binge Next

This is yet another repeat recommendation but if you haven’t watched it yet, DO IT! Nana is about two women who share the same first name, Nana but are very different in personality and goals. While fate brings them together and they start sharing a flat together, we get to see both of them grow and learn about love, loss and the growth that they bring.

Murasame Sumika, who is shy and athletic is in love with her friend, Kazama Ushio. But, Ushio is attracted to cute girls, something she doesn’t really consider Sumika to be. Watch for Sumika keeps her romantic interests to herself as she continues being Ushio’s friend. Together they experience the mundane joys of high school life along with little sparks of romance. Even As We Celebrate Pride Month, Donald Trump Legalised Discrimination By Erasing Rights Of The Transgender Community. This Is So Sad