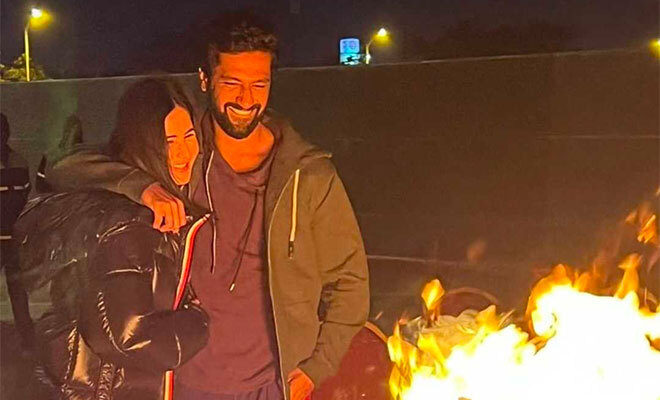 If there’s one thing that I genuinely love about marriages is the fact that from the time you get married till your 1st year anniversary, there are just so many firsts you celebrate. Your first Christmas, your first New Year, your first birthday as a newly married couple, etc. the list is quite literally endless. And if you notice, this is the year when I personally believe that newly-married couples have a different kind of glow altogether. I mean, after all, they are still in their honeymoon phase, aren’t they? Don’t believe me? Let me provide you with a rather cute example. Recently, the newly-married couple – Vicky Kaushal and Katrina Kaif – took to their respective social media accounts to share pictures of their first Lohri together. And they looking cosy and cute would be an understatement! 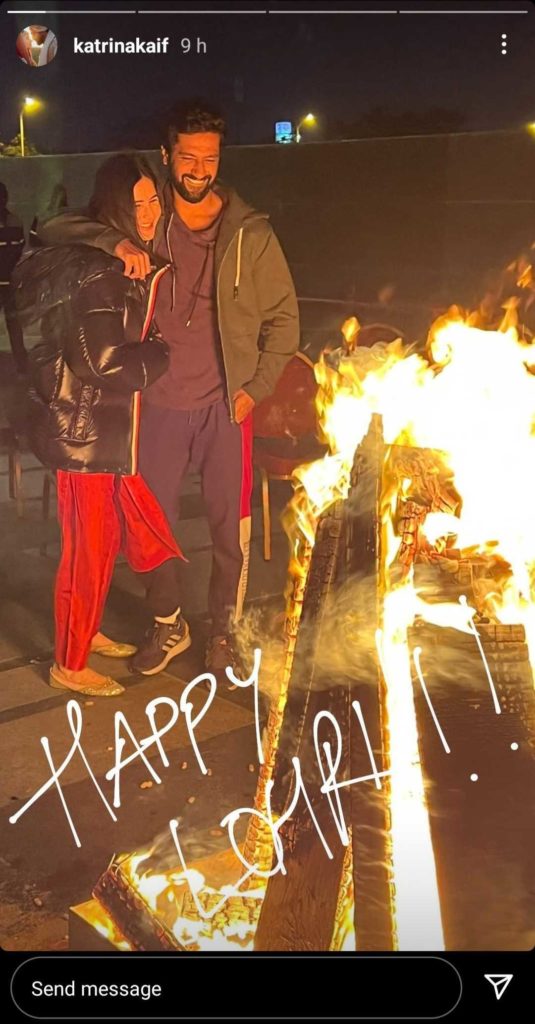 Vicky Kaushal and Katrina Kaif got married back in December of 2021 and ever since then the couple have been giving us some major couple goals by releasing their pictures on social media. After celebrating their first Christmas and New Year together, the newly-married couple recently celebrated their first Lohri and shared pictures of the same. 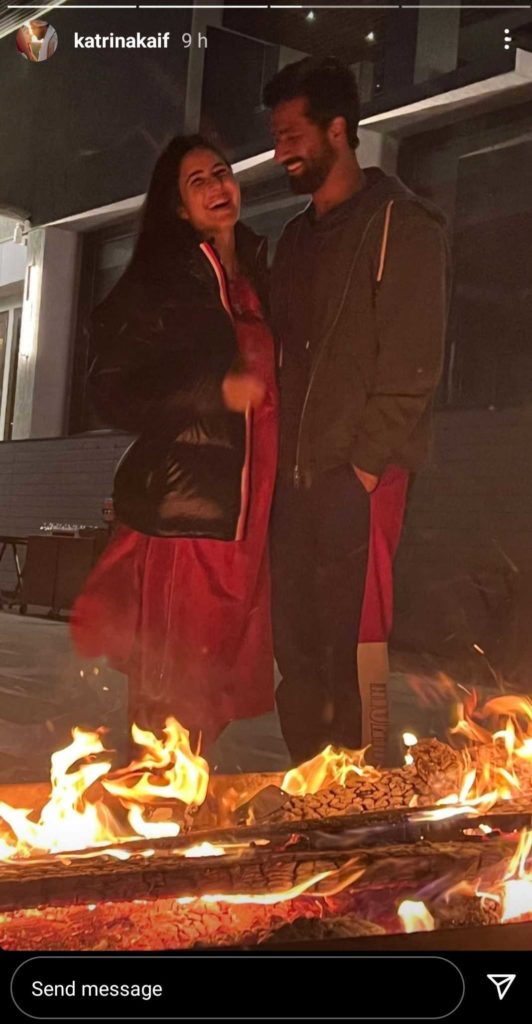 On Thursday evening, Katrina Kaif took to her Instagram story to share a series of pictures from their Lohri celebration. In the pictures, you can see her cosying up to Vicky Kaushal in a red suit with a black jacket. On the other hand, you can see Vicky Kaushal in plain, simple track pants standing next to the bonfire. 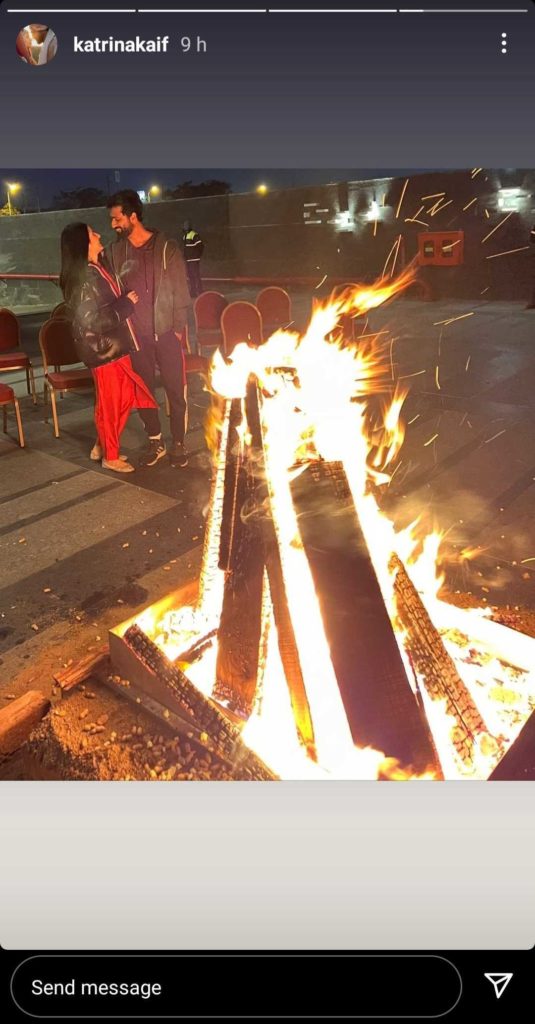 Even the Uri: The Surgical Strike actor took to his Instagram account to share a picture of their first Lohri. Sharing the photo of him and Katrina Kaif, Vicky Kaushal wished his followers and fans on social media a very “Happy Lohri! 🔥”

Is it just me or do the two of them look so cute cuddled up next to each other near the bonfire? Seeing the Bollywood couple’s pictures one thing is clear – they’re so in love that it brings a smile to your face every time you see them. Also, wishing all of y’all a very Happy Lohri from team Hauterrfly ( and not from ‘ours’ cause I hardly doubt anyone on the team has found one yet, so you gotta make do with this)!