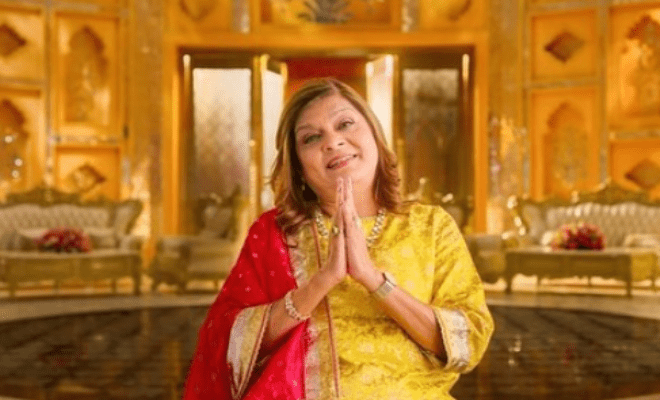 The Indian Matchmaking season one was widely loved by the audience. People were intrigued to see the entire arranged marriage-making scenario on the screen and most of them related hard to how this entire process takes place! The series received so much love that it has been renewed for season two and the audience wants to see Sima Taparia put her magical matchmaking skills to use again to match jodis who will be together for saat janam. In what comes as a piece of surprising news for fans, the release date of the new season was announced along with some new stills from it as well.

Sima Taparia is going to return to make a match made in heaven for single NRIs yet again. It is also reported that those who could not find a match in the first season, will be making a return for season two. In the new stills shared by Sima on her Instagram handle, she is seen holding her hands in a namaste and smiling for the camera. The pictures ahead see participants engaged in conversations with each other and even Sima herself. One of the pictures from the series saw an NRI performing pooja with a pandit while in another picture, a suitor seems to have found hid match as he was seen on his knee proposing to a woman.

Sharing details about the release date of the season, it was written in the caption that it will return on August 10, 2022. The season will premiere on Netflix. The caption read, “Sima from Mumbai is back!! Indian Matchmaking S2 premieres on Wednesday, August 10 PST on @Netflix! *Gets down on one knee and asks if there are plans for season 2 of Indian Matchmaking* THE ANSWER IS YES 😭 SEEMA AUNTY AND INDIAN MATCHMAKING WILL RETURN FOR A SECOND SEASON.”

Also read: #Culture: Netflix’s ‘Indian Matchmaking’ Cast Reveals Their Side Of The Story. Is There Redemption For Arranged Marriages After All?

We’re so excited for another new season!