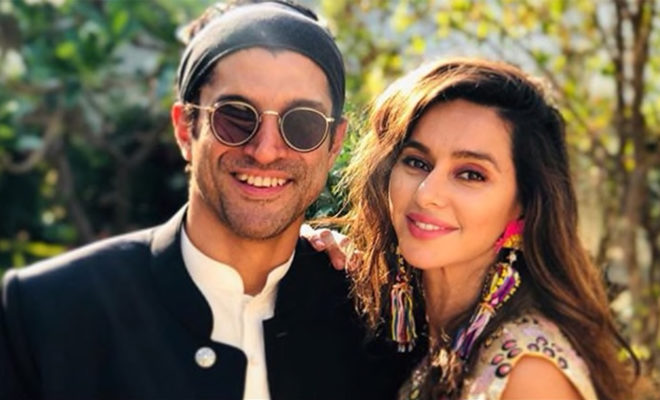 Bollywood shaadi season is still not over. With Vicky Kaushal and Katrina Kaif ending the year 2021 with a blockbuster, royal wedding, the new year brings with it another band, baajaa worthy news. All set to tie the knot are actors Farhan Akhtar and Shibani Dandekar, who have been dating each other for over three years now. While the rumours of the two getting hitched had already hit the headlines in the past week, however, a new development suggests that the couple will be registering their marriage in Mumbai on February 21, 2022. Yes, you read that right. Talking about the same, a source close to the couple shared, “Wedding was on cards for the two of them, as they have been in love for the longest time now. They have been discussing wedding plans for a while now and have finally decided to take things to the next level. On February 21, their relationship will take a new turn, as they will take the formal vows to be partners for life.”

After Mouni Roy and beau Suraj Nambiar’s rumoured January wedding, I think we already have a star couple in line, and we’re sure this news has their fans even more excited. While the two have always been pretty open about their relationship on social media and fashion runways alike, the two have remained tight-lipped about their wedding (and rightly so, if nazar for them has a role to play). And if we are to believe the speculations around their wedding festivities, the couple plans to keep the wedding as lowkey as possible, owing to the rising Covid-19 cases. Hence, the guest list will only include close family and friends. Since Farhan Akhtar and Shibani Dandekar already live together and don’t want to push the wedding further, they are keeping the whole wedding an intimate affair and will opt for a classic Sabyasachi ensemble (which isn’t surprising).

After his split with ex-wife Adhuna Bhabhani, Farhan Akhtar started dating Shibani Dandekar in 2018 and they have happily been together ever since. We’re beyond thrilled to watch the couple get married soon.

We Have All The Details Of The Farhan-Shibani Relationship Right Here!