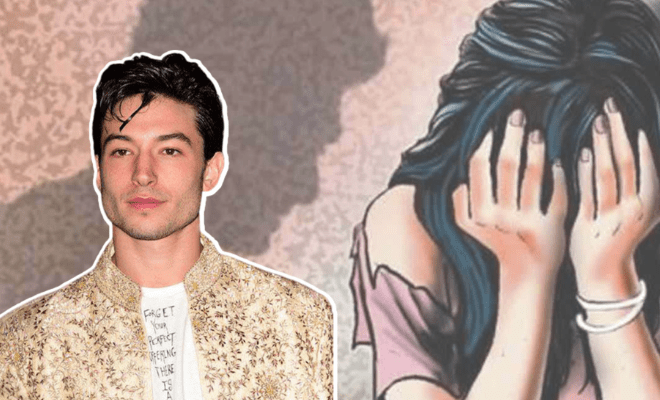 Ezra Miller has time and again made headlines and most of the time for the wrong reasons. Miller, who identifies as nonbinary and uses “they/them” pronouns, has taken the news by storm with his behaviour towards women – first in Iceland and then in Germany. The actor who is known for his performances in The Perks of Being a Wallflower, We Need To Talk About Kevin, and his role as the Flash in several Warner Bros. movies, began to show a volatile side to their personality that started off in Iceland when they were shooting for Fantastic Beasts: The Secrets of Dumbledore. So, what exactly happened?

Well, in the spring of 2020, when Covid-19 was increasing rapidly, Ezra Miller who was in Iceland at the time started behaving aggressively. The first was a heated argument between them and a male patron which began as banter but ended up with them choking the man and later slapping him. The actor did apologise to the patron and then was allowed to visit the bar again where the incident had taken place.

However, another incident from the same bar went viral a couple of days later and this time it grabbed global headlines. The footage of the incident showed Ezra Miller placing a woman in a chokehold and then pushing her to the ground. This video went viral in April 2020.

In the video, Ezra Miller is seen confronting the woman in the bar who is smiling and asking them, “Do you want to fight? Is that what you do?” After this, they grab her neck and she lets out an audible gasp. As per the woman who spoke to a leading daily, she had approached them and asked them about the wounds on their feet. To this, they replied that they had gotten it during a fight and she joked saying she could definitely take them in a fight. Miller replied to this by saying, “You really want to fight?” and the two took this outside. She thought it was all fun and games until it wasn’t.

Following this, another woman named Nadia came out and revealed that after sharing a warm, two-year friendship with Ezra Miller – mostly via text – the actor came to her Berlin apartment late evening in February 2022 at her invitation. She revealed that they hadn’t seen each other since their consensual sexual encounter in 2020 and so she invited the actor over.

But things took a turn for the worse when the actor’s mood turned around when she told Ezra Miller that they couldn’t smoke inside her home. She said, “That just set them off. I asked them to leave about 20 times, maybe more. They started insulting me. I’m a ‘transphobic piece of shit.’ I’m a ‘Nazi’. It became so, so stressful for me. They were going around my house, looking at everything, touching everything, spreading tobacco leaves on the floor. It felt disgusting and very intrusive.”

After about 30 minutes of pleasing, Nadia successfully managed Ezra Miller to leave once she called the police. She said that she never felt at risk of sexual assault but believed that they could attack her physically. Nadia even filed a criminal complaint about her experience in April.

The actor was previously also arrested in Hawaii and at that time it was second-degree assault after they allegedly threw a chair at a woman and left her with a cut on her forehead.

This Twitter User Got Sexually Harassed On A Flight. The Man Begged Her To Not File A Complaint As It Was His “First” Offence