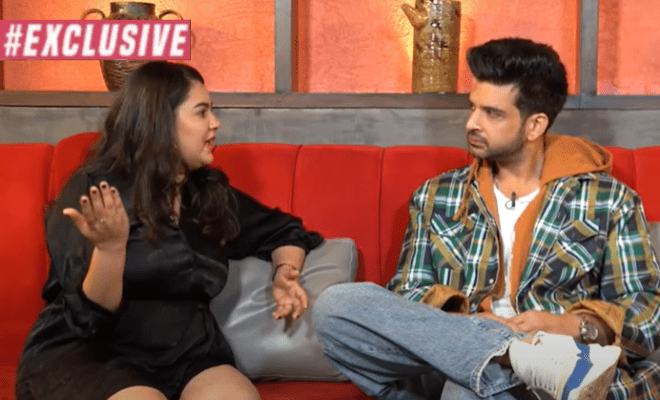 Yeh Ladki Pagal Hai: Karan Kundrra Agrees That There Is More Pressure On Men To Work Than On Women

Karan Kundrra, the audience’s favourite actor and host, last entertained them with his stint with Dance Deewane Juniors 1. He is known for his candour and directness which his fans love him for. Recently, in a conversation with Confused Kudi AKA Pavni Mehrotra on the show Yeh Ladki Pagal Hai, Karan spoke about his relationship with Tejasswi Prakash, how he started working from an early age, men breaking stereotypes and a lot more. Amid all this, he also spoke at length about how there is more pressure on men to work than it is on women.

In the latest episode of Yeh Ladki Pagal Hai, while speaking about how Karan started working from an early age, he spoke about his own household. He said,” My sisters are independent, working and financially stable as well.” Karan also added, “But at the end of the day, there was a notion that Sunny (his nickname) will take care of things.” He then said that this pressure is more on men than it is on women.

Pavni, then, asked Karan Kundrra if there is a shift in society where maybe men do not want to go out and work and women do. To this, he responded by saying, “Times are changing. Everyone wants their identity now. They are not happy with being so and so’s wife or daughter. And that is a fantastic thing.”

We are living in a society that is still coming to terms with women prioritising their careers and ambitions. Given the patriarchal roots, society is still raising eyebrows when a man is not working or is still figuring his life out. People also tend to get surprised when a woman goes to work, which in turn has put pressure on men to mandatorily work.