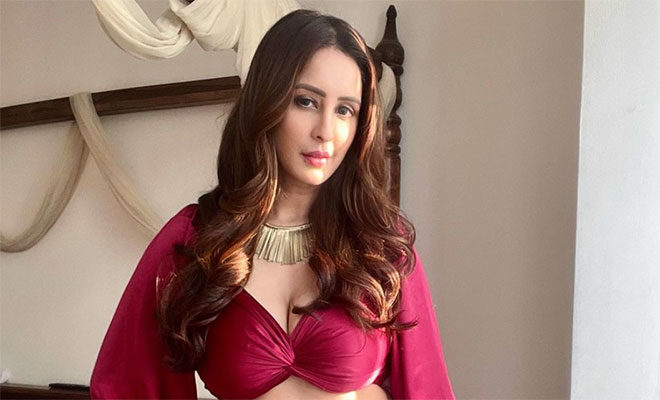 Chahatt Khanna Slams Trolls Targeting Her For Being A Single Mother And Her Grey Hair. Society Needs To Treat Single Moms Better

Being a parent is quite difficult but for a single parent, especially a mother raising their child without any support gets even more difficult in our society with their age-old mindset. Television actress Chahatt Khanna is known for her roles in hit TV serials like Qubool Hai and Bade Achche Lagte Hai. Recently, she slammed trolls who have been targeting her for being a single mother and her grey hairs. Seriously, our society needs to change its perception regarding single mothers.

Chahatt Khanna is a single mother who is raising her two daughters all by herself. But trolls are trolls, they love spreading unnecessary hate and pass out their unwanted judgements on literally anything and everything. She said that it takes guts of steel to look after yourself and your family when you’re a single mother. She also gave a befitting reply to all of them who are targeting her for no legitimate reasons. The Prasthanam actress said that the trolls will pass out their judgment while hiding behind the screens, “It’s only behind the screen that they hide and put out their filthy opinion out there. I have developed a thick skin to these.”

She also said that her heart goes out to the young and the vulnerable people who might get affected by such trolling. Chahatt added that there to should be some measures through such trolls can be nabbed that will make the internet a safe and happier place for all the people. Talking about her grey hair, Chahatt Khanna thinks it’s beautiful as it is natural.

Also Read: Out Of Wedlock Pregnancies, Single Motherhood. Are We Finally Okay With These Or Is It Limited To Bollywood?

In 2006, Chahatt Khanna and Bharat Narsinghani got married but after a few months, they got divorced as he started abusing her. Then she married Farhan Mirza in 2013 and they have two daughters together. In 2018, she filed for divorce with him as he started harassing her. Now she is taking care of her children singlehandedly.