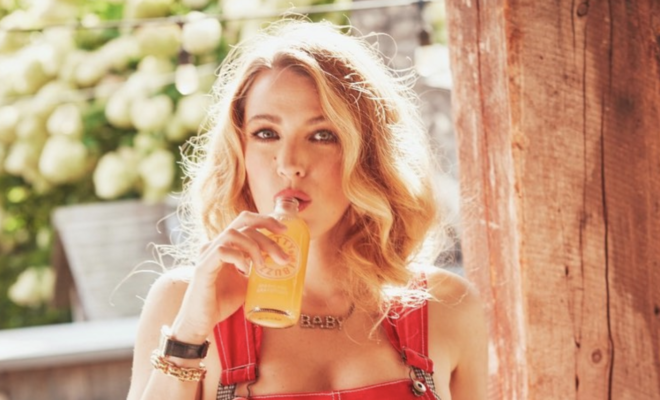 Blake Lively Reveals The Reason She Doesn’t Like Alcohol, Admits Sobriety Can Be Alienating

You may know that Blake Lively is not a big fan of alcohol. Recently, she revealed the reason behind her dislike towards alcohol. She said in an interview that she doesn’t drink because she doesn’t like the effects of alcohol but admits that she likes being a part of it. According to Blake Lively, sobriety can be alienating and that led her to create her own cocktail brand. The 34-year-old Gossip Girl actress enjoys being social but admits she sometimes feels on the outskirts at social events, which led her to launch Betty Buzz, a line of five flavoured cocktails that can be combined with alcohol or can be enjoyed without it.

In an interview, the A Simple Favour actress said, “I like being social. I like people coming together. I found that sometimes not drinking, the thing that was interesting was that it was a little alienating because you don’t feel and maybe it’s just in your own head but you just don’t really feel a part of it.” Despite being a teetotaler, the actress claimed she understood what she was doing because of her passion for ‘flavour,’ which has led to the invention of Tonic water, Meyer Lemon Club Soda, Sparkling Lemon Lime, and Ginger Beer.

Also Read: Blake Lively Spoke Up About Her Postpartum Body And Called Out Brands For Not Being Inclusive With Sizes

However, when it came to creating something interesting for herself, Blake discovered she had to do “much more more heavy” lifting. As a result, the actress also revealed that she loves to add a few ‘drops’ of booze to her beverages. “It gives it a flavor, but it’s not going to give it a sort of experience well, it’ll give it a flavour experience but not [much] alcohol,” she explained.

Well, Blake Lively isn’t the only member of her family to pursue a career in the beverage industry. Her husband Ryan Reynolds also invented and runs Aviation Gin, but she is the go-to bartender at their get-togethers. Hmm, a woman with many talents! She and her husband Ryan Reynolds, who has his own beverage brand, Aviation Gin, got married in 2012 and are the goofiest couple in Hollywood. They have three beautiful daughters together: James, Inez, and two-year-old Betty.