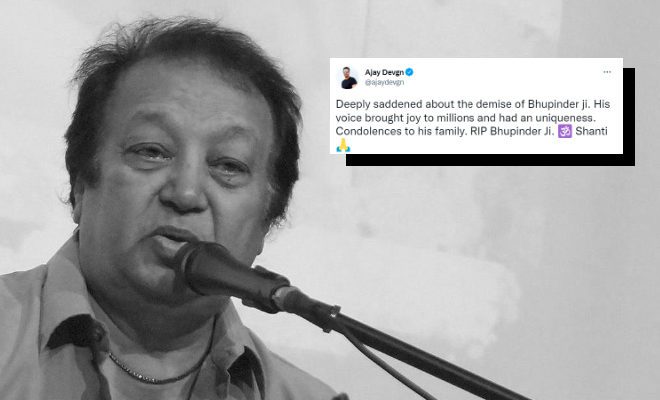 Even in the era of rock music and remixes, the old songs never lose their charm. The legendary singer Bhupinder Singh took his last breath on July 18, Monday has given us many songs to cherish. The veteran playback singer has sung famous songs like ‘Naam tera goom jaega’, and songs from the movie Satte Pe Satta among others. The news of his demise was broken by the late singer’s wife Mitali Mukherjee. The loss was mourned by the country and many well-known faces like Ajay Devgan, Vishal Dadlani, and others came forward to share their condolences. 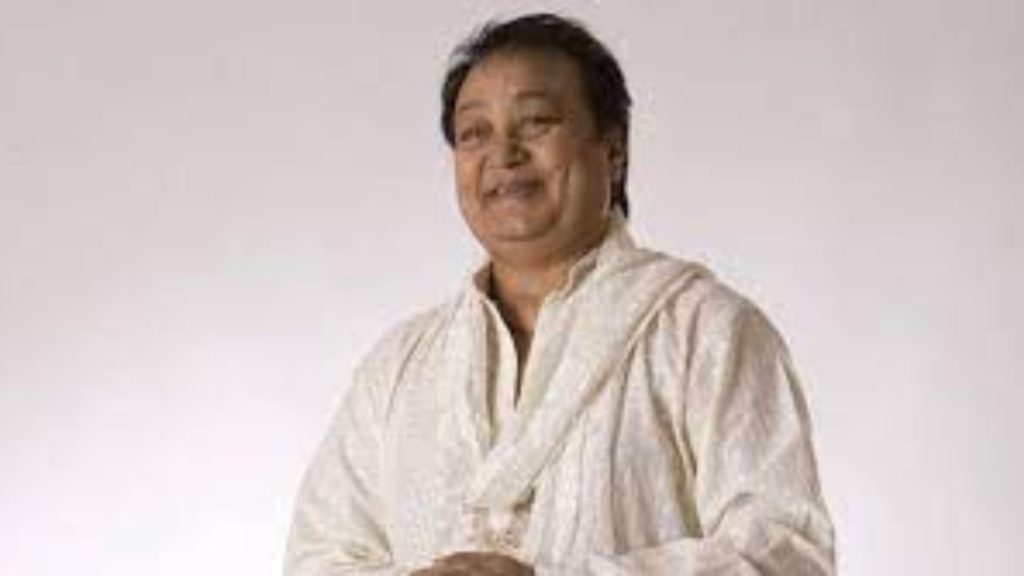 As per reports, the singer was facing many health complications as informed by the singer’s wife Mitali Mukherjee. She further informed that the veteran singer was admitted to the hospital for the last 8-10 days due to a urinal infection, and during this period he was also infected by Covid-19, as per reports. Mitali Mukherjee also stated that the Late Bhupinder Singh died at 7:45 in the evening reportedly due to a colon infection and also had Covid-19.

Many celebrities and even the Prime Minister took to his social media handles to express their emotions over this loss. The news came as a surprise to everyone, as we the industry lost a gem.

A with a voice from a gentler time.

Tragically poetic that he should follow Lataji, as he did so beautifully in the song #NaamGumJaayega composed by #RDBurman and written by Gulzarsaab.

Anguished by the passing away of Shri Bhupinder Singh Ji, who has given memorable songs for decades. His works struck a chord with several people. In this sad hour, my thoughts are with his family and admirers. Om Shanti.

Actor Ajay Devgan also shared his grief over the news.

Deeply saddened about the demise of Bhupinder ji. His voice brought joy to millions and had an uniqueness.
Condolences to his family. RIP Bhupinder Ji. 🕉 Shanti 🙏 pic.twitter.com/IAvtJf0ZF8

Many other famous personalities came forward to share their grievances over the news.

Singer & Guitarist #BhupinderSingh ‘s demise is a great loss to the film industry especially the music world .
Heartfelt condolences to his wife #Mitalee ji and the entire family.
Will always be remembered through his songs.
ॐ शान्ति !
🙏 pic.twitter.com/ocKrf6viDQ

Devastated. I loved this man to bits. What a singer! What a voice! What a master guitar player!! Hindi film music industry will never have another #BhupinderSingh RIP Maestro. Play the riff up there, yet again! pic.twitter.com/VeFR1C1b0w

Deeply saddened by the news that #BhupinderSingh ji has passed away.
‘Bhupi-Da’, as we lovingly referred to him was blessed with a Haunting Voice, was a Beautiful Guitarist & indeed, an Incredibly Warm Soul…
My heartfelt condolences to his family… May he rest in peace.🙏🖤 pic.twitter.com/h82nvdnDwB

May his soul rest in peace!