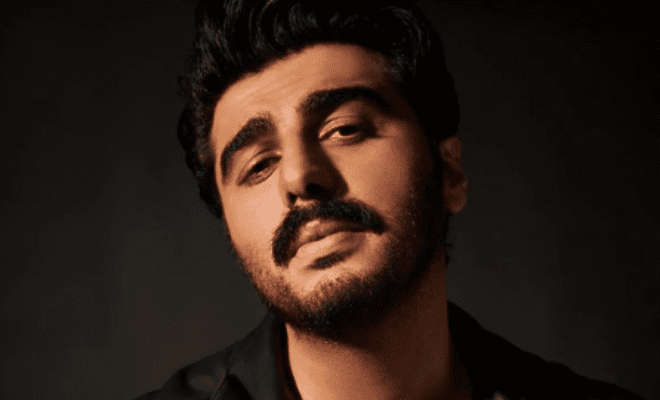 Arjun Kapoor recently gave it back to a troll who commented on his weight and fitness. The Bhoot Police actor took to his Instagram stories to write a huge note and also he shared the screenshot of the troll’s comment. The troll in question body-shamed him and said that he will never be able to get fit and his trainer will keep ‘printing money’. This comment did not go unnoticed by Arjun Kapoor who responded to him by commenting that working out is more than just having cuts on one’s body. It actually accounts to be disciplined and pushing oneself harder through each workout session.

He further took this topic to his Instagram stories where he elaborated that fitness is more than having the best body and it is more about taking care of oneself and doing the best one can despite facing several obstacles. Arjun also went on to write encouraging words for those who are working out and wrote that they are truly ‘powerful and courageous’ if they have the ability to ‘get up and try again’. Lastly, he wrote that people who judge others do not know the journey they have been through to be happy about their bodies. 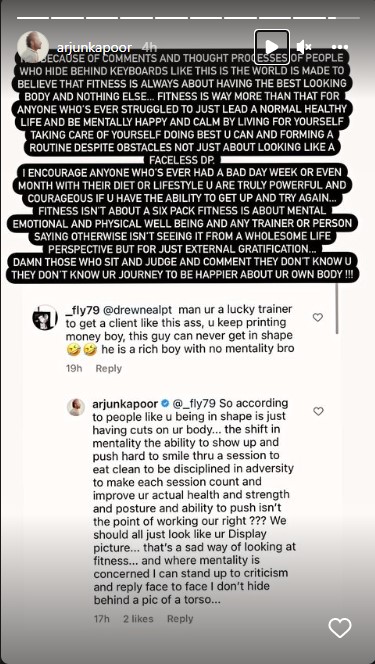 Arjun Kapoor’s ladylove Malaika Arora also took to her social media to send kind words of support for him. She wrote, “Well said @arjunkapoor n don’t ever let these trolls n criticism dull ur shine… more power to you and your journey (red heart emoji)”. 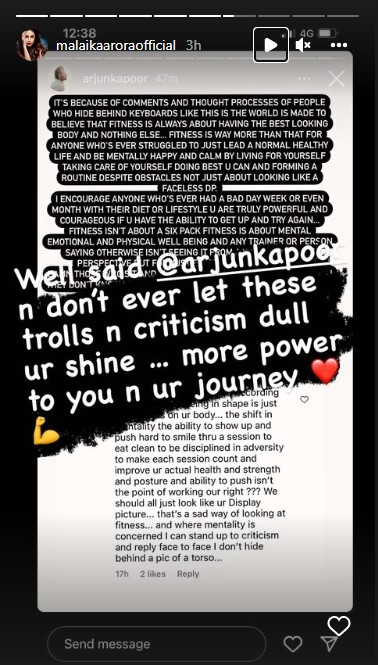 At the same time, Anushka Sharma also backed Arjun Kapoor for hitting it back at the troll and shared his note on her Instagram stories. She wrote, “Well said, @arjunkapoor”. 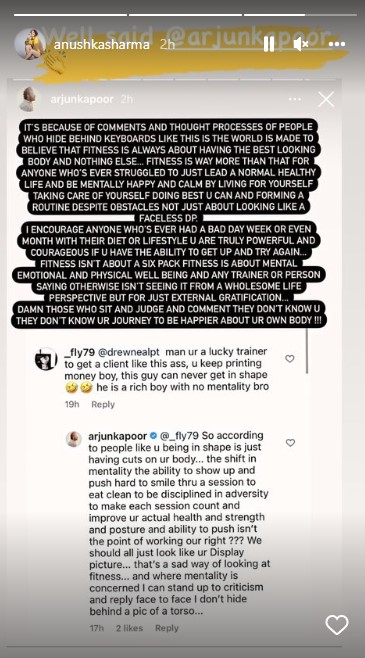 We stan Arjun Kapoor for showing the troll what it means to mind their own business and not spread negativity.

A Glowing Sonam Kapoor Enjoys Her ‘Baby Moon’ In Italy With Anand Ahuja. We’ll Just Get Back To Our Midweek Blues!