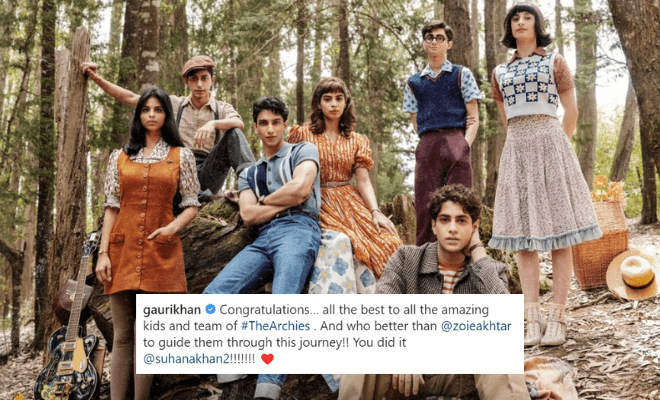 The cast and teaser of Zoya Akhtar’s Bollywood adaptation of Archies comics, titled The Archies were announced on May 14, and social media has been buzzing ever since. The Archies cast features Suhana Khan, Agastya Nanda, Khushi Kapoor, DOT, Mihir Ahuja, Vedang Raina and Yuvraj Menda as the leading seven from the comics. Appreciation and love poured in from Bollywood celebs who took to their respective social media handles to share their excitement as well.

Khushi Kapoor’s sister Janhvi Kapoor was over the moon over the cast’s announcement. She penned a lengthy note about how she can’t ‘keep calm’. She also wrote how the actors have worked ‘tirelessly for months to create this world, find these characters and start living this journey’. For Khushi, she wrote that she can’t wait for her to ‘shine’. Aww, how sweet! Khushi Kapoor commented on the post by writing, “I love you”, whereas even Shanaya Kapoor commented on it by using red heart emojis.

Amitabh Bachchan also took to his Instagram to give best wishes to his grandson Agastya Nanda who will be making his acting debut with The Archies. Sharing the poster, he wrote, “another SONrise .. my GrandSON .. all the blessings Agastya .. love you.”

Navya Nanda, too, cheered for her brother Agastya on his big day! In an Instagram story, she wrote, “Hey, Jr, this is your moment, don’t let anyone take it away from you. love you! so much pride.” 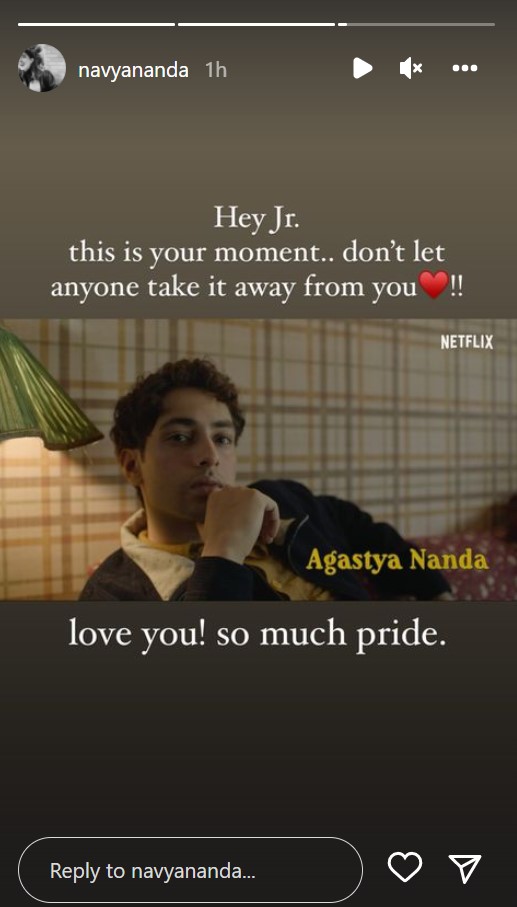 Agastya Nanda’s mamaji Abhishek Bachchan also could not contain his emotions and said that we all have grown up reading Archies comics and this was an emotional moment for him personally. He further wrote, “Agastya, my nephew, you make us all so proud. Love you! Now, enough said…. Get to work!!!”

Gauri Khan, too, wished the best to the cast of The Archies and like a proud mama that she is, showered love on her daughter Suhana as well.

Shanaya Kapoor also shared pictures of Suhana, Khushi and Agastya on her Instagram stories to congratulate them. 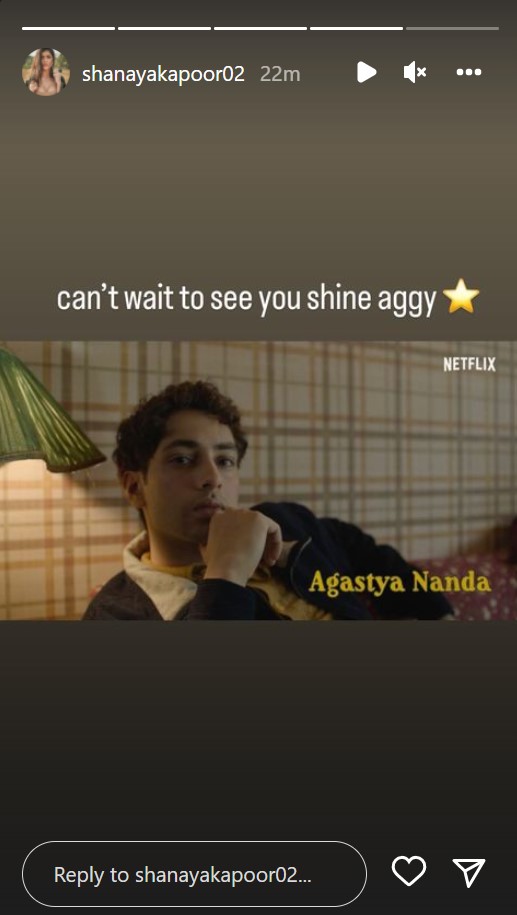 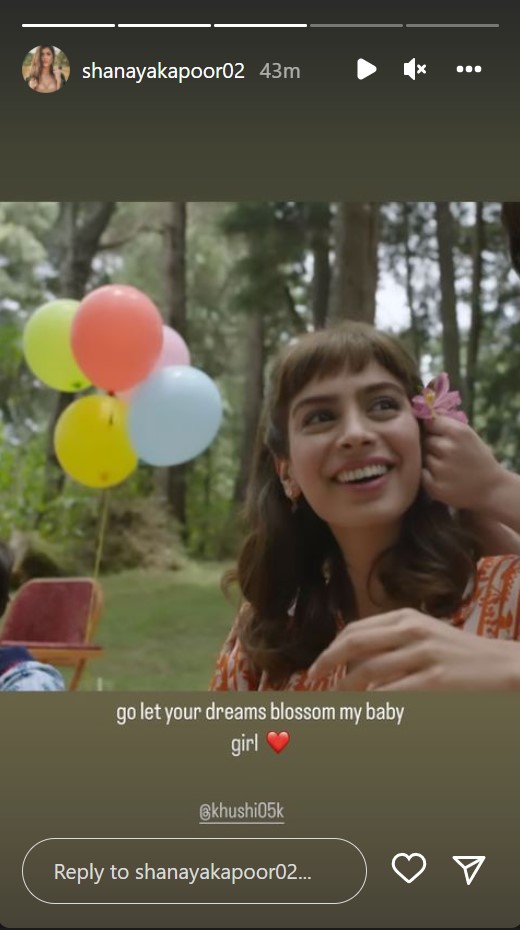 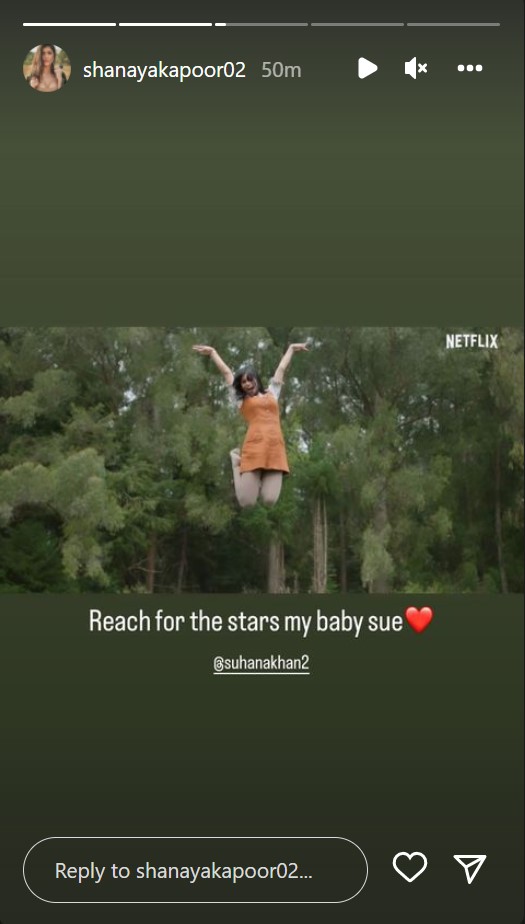 The Archies will premiere on Netflix in 2023! Suhana Khan Oh-So-Stunning In A Strapless LBD. We Are Drooling Over Her Fashion Choices!