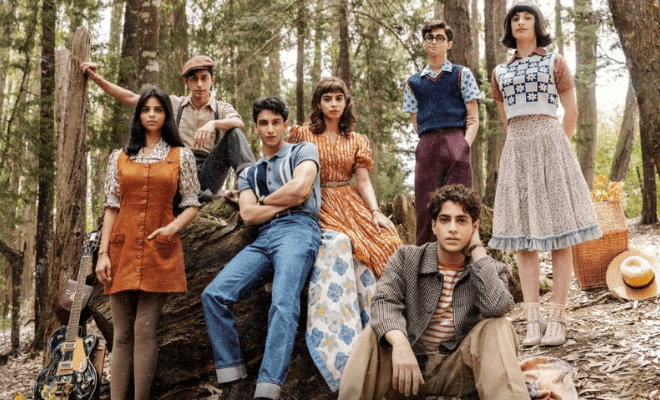 ‘The Archies’ Cast: Suhana Khan, Agastya Nanda And Khushi Kapoor Bring Back Our Childhood As Veronica, Betty And Archie

One of the things I miss from my childhood is the cartoons I used to watch. They weren’t like the new-age cartoons that are aired on television these days and I am sure you will agree with me. The cartoons we watched weren’t just entertaining but also taught us manners, values and even basic etiquette. Archies was one such cartoon that I miss watching dearly even today, so when director Zoya Akhtar announced that she is going to make a Bollywood adaptation of the series into a film, I was overjoyed! Today, the cast of  The Archies was announced and needless to say, I am very excited!

In a video that was shared by Netflix India’s Instagram handle, the cast of The Archies was revealed. It stars DOT, Suhana Khan, Khushi Kapoor, Mihir Ahuja, Agastya Nanda, Yuvraj Menda and Vedang Raina as the lead characters from Archies comics. Veronica, Khushi Kapoor as Betty and Agastya Nanda as Archies. It is reported so far that Suhana will play Veronica, Khushi will essay the role of Betty and Agastya will star as Archie.

Sharing the poster of the film, Netflix India wrote in the caption, “Grab your picnic baskets and pick out your cutest outfits, we’re going to greet the Archie’s gang. Presenting the cast of THE ARCHIES, a Zoya Akhtar film.”

A teaser was also released introducing the cast wherein the seven of them are leisurely spending time and having fun at a picnic. The teaser gives off a very typical 90s vibe and all the actors seem perfectly suited to their roles as well. It definitely made me feel nostalgic about the time when The Archies would be telecasted as a cartoon.

Also read: Suhana Khan, Khushi Kapoor, And Agastya Nanda Were Seen On The Sets Of Zoya Akhtar’s Musical, ‘The Archies’, Check Out The Pics