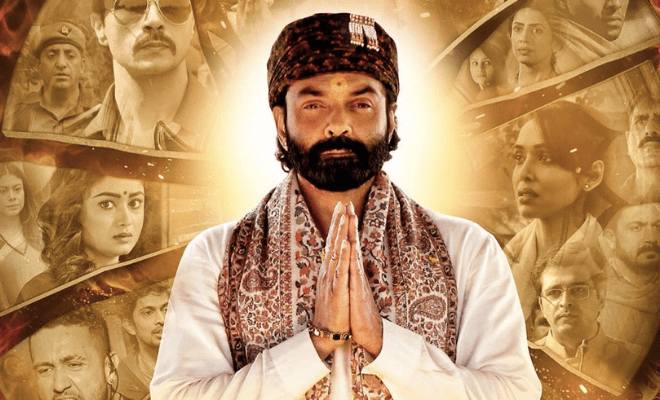 Over the years, we’ve all seen baba’s and pujari’s who hide behind their ashram doors to commit crimes after crimes. Much in line with the same concept, in 2020, Bobby Deol gave us a crime drama titled Aashram which is believed to be based on the head of Dera Sacha Sauda, Gurmeet Ram Rahim Singh who has been serving time in jail for rape and murder. The actor made headlines for his stellar acting skills in the hit crime drama web series directed and produced by Prakash Jha for MX Player original. This dark crime drama also stars Aaditi Pohankar, Darshan Kumar, Chandan Roy Sanyal, Tushar Pandey, Anupriya Goenka, Adhyayan Suman, Vikram Kochhar, Tridha Choudhury, Rajeev Siddhartha, Sachin Shroff, Anurita Jha, Parinitaa Seth, Jahangir Khan, Kanupriya Gupta, Preeti Sood and Navdeep Tomar in pivotal roles. Written by Madhvi Bhatt, Avinash Kumar, Sanjay Masoomm, Tejpal Singh Rawat and Kuldeep Ruhil, the first and second season of the series was released on the OTT platform in August and November 2020 respectively. And now, the trailer of season 3 of Aashram has been released and it looks like this dark crime drama is about to get darker. Aashram 3 is all set to release on June 3.

The first two seasons were all about the self-styled Godman’s criminal and immoral activities like rape, murder, drugs, politics and other crimes hidden behind a facade of good deeds and social service that allow him to escape the law and investigators who try to bring him to justice. But this season seems to be more about women who may turn the tables on Kashipur Waale Baba Nirala aka Monty Singh. It also introduces a new woman in his life played by Esha Gupta. Check out this gritty and thrilling trailer.

Season 3 of Aashram continues the story of Baba Nirala who bends the rules to suit his needs and turns more and more power-hungry but it looks like Bobby Deol’s character is all set to turn God for the people this season. But with Pammi out for revenge, with Ujagar Singh’s support and a mystery woman out to seduce Baba Nirala, will this self-styled Godman escape the law again or will women finally bring him down?