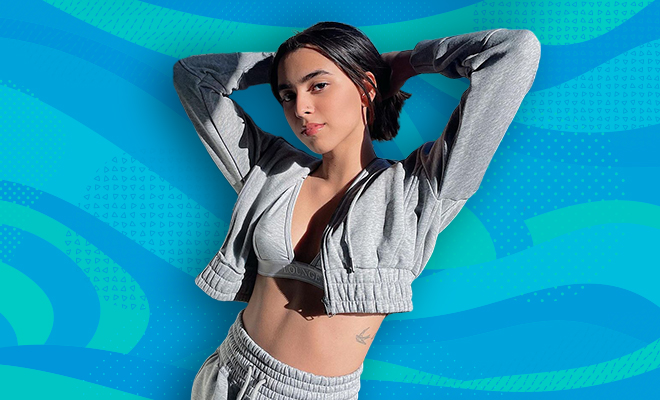 Haters gonna hate. Potatoes gonna potate. Does that mean we stop living our lives? This might be an easy question for us normal peeps to answer. But for celebrities, it can be quite the task to remain unaffected by trolls, for they can get too nasty. Ask Aaliyah Kashyap, daughter of filmmaker Anurag Kashyap, who has had to face some pretty disgusting ones on her social media. It doesn’t help that her father, along with being a celebrated filmmaker and famous, is also outspoken about his dissent on political issues. So naturally, trolls don’t just target her for what she posts, but also for what her father might do and post on his social media. Assholes, no?

Last month, Aaliyah Kashyap had revealed how she’d cry almost every other day because of all the hate and bullying on social media. She has her own YouTube channel, where she posted a video talking about how she is a sensitive person and even the slightest bit of judgement gets her upsets and the waterworks rolling. She revealed about some pictures that she had posted of herself in lingerie, which had set off trolls who slid into her DMs with abusive and lewd messages about her and her family and even rape threats.

However, she eventually said that she had figured out what worked for her to deal with the constant cyberbullying. Basically, she just took away their power to hurt her by stripping them down to their true form—just sad, bitter, jobless people hiding behind their phones. “I just realised that it doesn’t matter because these are people hiding behind their phones and have nothing better to do. I honestly just block everyone. If there is anything even remotely negative on any of my social media, I just block them because I want my social media to be a positive place.”

That seems like a very mature way to handle things. While changing mindsets is going to take considerable time and effort, for now, we women have the option of blocking these trolls and taking away their power to hurt us.

Also Read: Aaliyah Kashyap Opens Up About Being Assaulted As A Minor By A Middle-Aged Man

Aaliyah Kashyap has absolutely done that and it seems to have worked for her because she is back posting about another lingerie shoot!

On Thursday, she posted a video on her YouTube channel, trying on lingerie from a brand that she recommends for their comfort and style. She showed off the haul first and then posed in some of them as well.

The comments under her video were full of encouragement and lots of love from her fans and followers, who offered their support.

One user wrote, “Here before any of the haters say anything! Aaliyah can wear whatever she wants, she doesn’t need your permission and especially not your judgement. Just be supportive of other people and you’ll realise the world is a much better place to live in <3 I make videos too and I know how much it means when people are supportive of each other! Love to you all! Keep being yourself, Aaliyah :D”

Another said, “Hiii! just wanna take a moment to appreciate your confidence and recognise the fact that it must’ve been difficult to put urself out there after that incident. Quick reminder that we love u and appreciate you and ur hard work! Have a great day/night!! <3”

She got some more love, “We love you Aaliyah❤️ Just keep doing what you like to do. Don’t think about haters. More power and hugs to you 🤗”

And even a fan from Bangladesh dropped in to show support. “Aaliyah, I’m a BIG BIG fan of Aarti Bajaj & Anurag Kashyap. Now becoming a fan of yours day by day. Love your innocence, calmness & shyness. Keep shinning! Love from Bangladesh”

We hope that Aaliyah Kashyap is motivated by this outpour of love and continues doing her thing! Trolls, be damned!