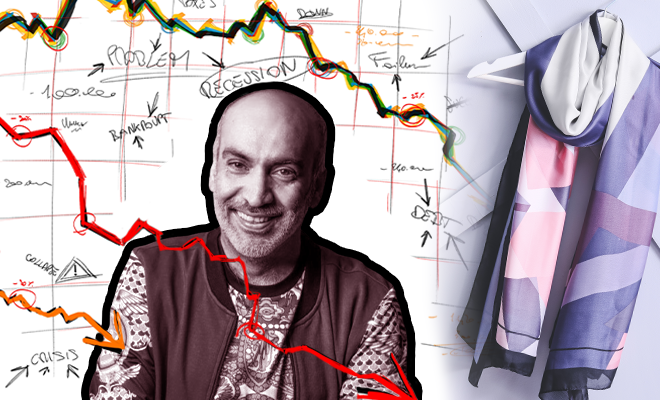 A Brand Built On The Back Of Unpaid Artisans And Employees: Manish Arora’s Downfall Sheds The Light On The Ugly Side Of Fashion

The last fashion week I attended prior to the pandemic gave me the opportunity to see designer Manish Arora’s theatrical Summer/Resort 2020 show for the first time that featured models from the LGBTQIA+ community in a Parisian Cabaret setting clad in his gender-neutral and inclusive range of clothes. Little did I know, it was also the last fashion show he was ever putting up for a foreseeable future.

Although his business nearly collapsed three years ago in 2017, the designer has been making attempts to pull his brand back on its feet through partnerships, brand collaborations and new ventures, the latest one being a pop-up restaurant that he announced in September this year. However, this is just the tip of the iceberg. There’s much more to what led this ever-so successful brand to a ‘messy downfall’—unpaid karigars, overworked interns, reckless business decisions and failed partnerships to name a few.

Manish Arora has been one of the biggest names in the fashion industry, internationally and in the homeland. His exceptional creative vision, whimsical prints and patterns and interesting colour palette appealed to the European markets and fashion forward audience which earned him the title of “John Galliano of India”. He was the first one to break into the international runways and his designs were critically acclaimed around the globe. His long list of celebrity clientele includes Katy Perry, Aishwarya Rai Bachchan, Lady Gaga and Rihanna. So, what went wrong?

Before the pandemic even broke and put the outrageously expensive designer collections to eat dust in a storeroom, the brand wasn’t exactly raking in millions. The failed business deals, overproduction of clothes, highly mismanaged finances and responsibilities overlooked were the major factors that led to the closing of the brand. And, the sad thing is that the artisans and small-scale employees associated with the brand including vendors, retailers and middle management professionals are left to bear the brunt of the ravaged business.

Also Read: 5 Thoughts We Had While Watching The First-Ever Virtual Lakmé Fashion Week. Mostly, Why Didn’t We See Any Diverse Models?

Manish Arora even gave business extensions a whirl by expanding his brand into home wear, eyewear, fragrance and beauty, and tie-ups with various brands to unveil an exclusive range of footwear with Reebok and KOOVS. His latest collaboration was with the retail giant Amazon with three other designers JJ Valaya, Ashish Soni and Suneet Varma. However, it was all happening while the brand was neck deep in debts. The report by New York Times reveals that the karigars, models, vendors and even the courier partners and interns weren’t paid their dues. The business was functioning on the cost of these artisans and employees slogging and overworking for new and high profile collabs without being paid.

Manish Arora’s designs feature Indian crafts like applique and embroidery techniques which the makes the ostentatious collections an eye catcher. As the brand struggles to survive, the artisans because of whom it received the limelight on international markets wait for their nominal payments, let alone recognition for their craft and appreciation for their efforts. The salaries of office employees and production workers were withheld and interns were expected to do the work overtime. Also, according to former employees, Manish Arora would ask to transfer money to his personal account to meet his luxurious living expenses which he has flat out denied. He also made three artisans work on a dozen of elaborate outfits for Burning Man, an annual arts event, which took 20 days for them to complete, while he still owed them months of salaries. That’s labour exploitation at its best and the artisans deserve better than this. Not paying your employees and karigars their fair dues on time is highly condemnable and unforgivable.

The Manish Arora store in Paris is now shut and the brand’s website isn’t functioning. The collection from the last season is put on hefty discount and the company is officially bankrupt. It went into liquidation in July this year after Manish Arora broke up with his long-time business partner and friend Deepak Bhagwani. Lawsuits for unpaid wages and salaries are filed by model agencies and employees and no one exactly knows what happened, where they went wrong, and what’s next for the brand. All we know is the fact that the designer who once put India on the global fashion map and took the Indian crafts to international catwalks is now is a trail of debts.

Also Read: Manish Malhotra Defends Showstopper Culture, Says It Isn’t A Strategy For Him. But Celebs Stealing The Limelight From Designers Shouldn’t Be The Norm