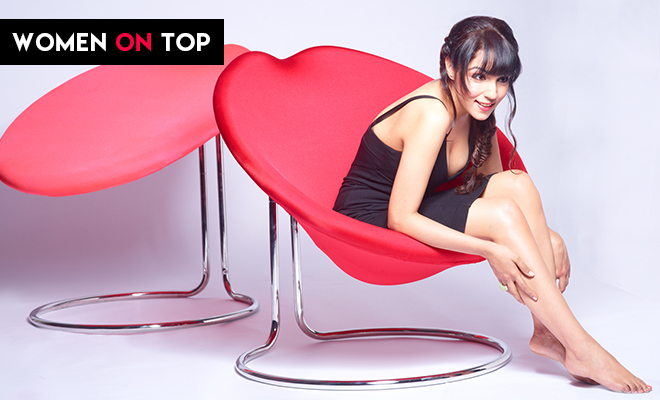 Lekha Washington: “Women Are Magical And We Need To Be Comfortable Being Magical”

We don’t need just one day to celebrate women. Here at Hauterfly, we celebrate the smarter sex EVERY. SINGLE. DAY. We continue our Women On Top series by applauding some seriously badass women we know and love. These women have conquered multiple worlds with ease — from corporate and social to entertainment and education. These personal essays give a glimpse into the journey of women who may not have always had it easy, but made it anyway, and shattered multiple glass ceilings along the way.

Lekha Washington plays numerous roles with ease — actor, artist, performer, entrepreneur, mentor, and many more. We wonder if there’s anything this #GirlBoss can’t do. But if you thought she got it all on a silver platter, think again. Read about her versatile journey and all that she has encountered on the way, in her own words.

The Journey So Far

My professional journey has been interesting because I have 3 callings – I am an actor, I am an artist, and I also run a company that’s into the design of functional objects. In terms of a clear calling, there isn’t one — I just do whatever I love.

As an actor, there have been many incidents of discrimination and of being sidelined, and I think other actors will tell you the same thing. But I haven’t let it affect me. I haven’t changed much, I am as enthusiastic as I used to be. I am a little more cynical and skeptical about the way the world works, but I am not a shrinking violet. I just continue to live on my own terms and don’t really care what people think.

But yes, there is a lot of conflict with being a woman, especially when working in films. It is very dark, and it is misogynistic. As an actor, I have had to deal with quite a lot of shit, but as an artist or designer, it’s a lot less in-your-face.

Of course, there’s patriarchy and it’s widespread in various places, and subtle in others. But I can’t spend my life wallowing in self-pity, so it’s just a question of dealing with it.

There was one incident that was particularly funny. It’s not a key one that makes me cry at night, but it’s one I’ll definitely remember forever.

A Tamil film director was offering me his film. He drove me around and kept asking “what will I get in return?”. I sort of played dumb, and said “maybe a good actor”. But he kept persisting and finally, I snapped and said, “you know, I am not going to sleep with you.”

He was quite taken aback, but kept trying to convince me. Needless to say, I didn’t get the role, but I’m glad he brought it up at the onset. And I was fine with it because it meant not having to deal with continuous harassment during the shoot.

Later, I found out that he went for the film’s shoot in a foreign country with the lead actress of the same film, and died of a heart attack caused by an overdose of Viagra. I thought that was so perfect! I mean, that’s karma for you. So yeah, that happened.

The Past, The Present, The Future

I’m sure I’ve made many mistakes, but you tend to self-rationalise after a point, no? You tend to tell yourself that it was the right decision, at least at the time. For me, I worry more about the future and less about the past. I am always beating up myself over the present and the future. The past is what it is. Even if it was scary, I feel like I’ve have done exactly what I wanted to do at the time.

Perhaps I would liked to have started earlier and been more confident, early on. I regret spending 3 years at Stella Maris, time I could have spent honing my skills, but I think, eventually, everything leads to something else. After Stella, I went to NID to do my masters, which was an eye-opening and a fantastic experience.

There have been various people at various stages in my life who have helped and mentored me, and there are different people I look up to for different things — while I know some of them, some are ones whose work I admire from afar. It’s important to get out of your own head and stop being an egomaniac, in order to truly appreciate someone else’s work. And it’s magical when that happens — when you’re enchanted or inspired by something. It shows a lack of ego.

As far as mentoring others, I’d definitely like to engage more. There are various young girls who work in my studio and I don’t know if I give back enough to them. I’d definitely like to be more present. I’ve taught at NID before, and have gone back and taken a couple of elective courses, which was quite rewarding but, more often than not, I am caught up in my own journey. I’m working on changing that.

I wind down with good friends and authentic conversations. I really need to get off social media — I do that too much. It’s way too much of a distraction. In a sense, everything I do is a hobby. I have a curious mind, so I would love to go backpacking in Burma – I am fascinated by the underwater world, so I want to go diving. I’m up for doing just about anything new.

Creativity comes from being open. The moment you are closed or shut down, or even scared, it closes that channel. It’s key for me to be rather open-minded and not let my preconceived notions prejudice my actions and opinions.

Celebrating The Magic That Is Women

There was this discussion in my studio, a few days ago, about gender roles and other such things, and one thought that stuck was that of exercising agency. We’ve been deeply conditioned to believe and accept that are sometimes less capable than we are. We don’t exercise our agency enough – as women, we are a fairly formidable life force and we should exercise that power and stick with it, without holding back.

The biggest problem is that the whole world keeps putting us into a box and we tend to buy into that, which shrinks our sense of self-worth, which is foolish, because, frankly, we are magical and we need to be comfortable being magical, irrespective of whether the immediate surroundings can handle it or not. We tend to buy into the notion that we are smaller than we are.

I’ve been trying to explore the notion of women engaging with women, because I feel like that’s wanting. The environment one works in is a question of survival, and that’s why women do not connect as much as they could with each other. I feel like that’s an area where perhaps there could be greater awareness from the women themselves.

There could be better engagement — I mean, we keep talking about feminism and things like that, and in a sense, we are preaching to the converted. Women don’t help each other enough, or just engage with each other enough in an authentic way. That would be nice.

Your insider guide to the best in fashion, beauty and lifestyle in India. Hauterfly is shopping, simplified!