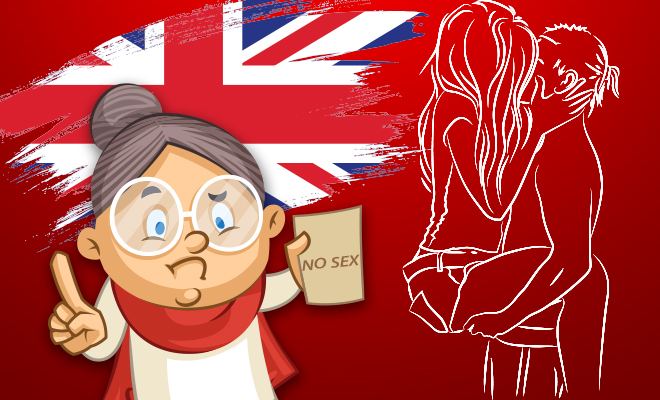 Sex During Lockdown Between People Who Don’t Live Together Made Illegal In UK. Excuse Me, Indian Parents Always Considered It A Crime

Monsoon has arrived and as I am writing this, sitting comfortably on my bed, the weather outside is making me stare outside at the window. The scorching heat has made way for gentle rains and the change of scenery looks like someone has applied an Instagram filter on it. And I can’t deny, all I want to do is cuddle with bae while it pours outside. This weather is for making love while your windows get dewy and with the sound of rainfall as background music. It’s the weather to go on a drive, stop it in the middle of nowhere, and share an amazing kiss. Yet, this romantic season is doing us no good because we’re all stuck in a pandemic that calls for social distancing. Such a tease, this weather.

However, citizens of the Netherlands are being encouraged to have a sex buddy in this difficult period. Netherlands has advised its citizens to have sex but not promiscuously and rather have an exclusive arrangement with someone. The country is of the belief that sex has several health benefits including mental and will help people deal with the pandemic stress better. And if both partners are practicing social distancing and hygiene, it wouldn’t be so dangerous. Meanwhile, most of us are just at home doing bartan instead of doing that hottie.

When you’re in Quarantine and realize you should’ve fucked one more time pic.twitter.com/Qm9OOykMo7

Unfortunately, UK citizens cannot legally have sex in this lockdown, unless you’re living with your partner. The UK government now bans two people from different houses gathering in any private place. “No person may participate in a gathering which takes place in a public or private place indoors, and consists of two or more persons,” the guidelines say. Earlier, people were prohibited in meeting in public places but there was no mention of private places. Still, six in 10 people haven’t had sex in this period, as reported by The Dailymail. Now those four people can’t either.

It’s not like the police can barge into your bedroom and pull you out. But if two people are found in a private space without any legit reason (as mentioned in the guidelines), they can be charged. However, health experts are of the opinion that the government shouldn’t be taking sex further away from people considering it can affect their wellbeing.

ALSO READ: Netherlands Is Advising Its Citizens To Have Sex And Cuddle Buddies. Meanwhile, We Are Regrowing Our Virginity In This Lockdown.

Researchers from the universities of Anglia Ruskin and Ulster are studying the impact of current guidelines on relationships. And they have asked the government to not take sex away from the lives of people because it helps both in physical and mental wellbeing.

And we can imagine the UK population being all like, ‘hey but we want to have sex!’ and ‘who even does that!’ kind of angst at this point but that’s because they’ve not had Indian parents. Because they have never been forced to be celibate indefinitely by their parents. Lockdown or no lockdown, sex will always feel illegal for some Indian people because of their parents so we’ve trained for this.

ALSO READ: Healthcare Officials Across The Globe Are Advising People On The Right Way To Have Sex During The Pandemic. Guess It’s Time For The ‘Talk’.