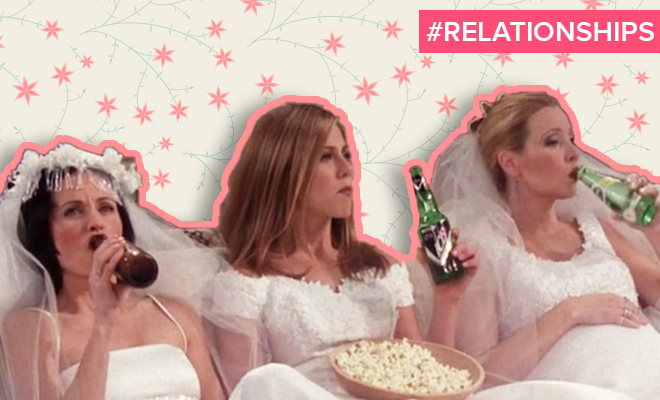 If You’ve Been Feeling Too Single Lately, Here’s Some Real And Raw Advice From The Women Of Reddit

When I was 16, I didn’t know that life doesn’t go as planned. Of course, people who are 16 in 2020 know that for sure but back then I didn’t have pandemic to make me realise that. So what was my life plan? Date the guy I loved back then for 11 years and get married to him at 27 because like he was wonderful and who wants to go through breakups? Of course, each time I planned my life, it had a way of mocking me.

In fact, I realised that there is really no point in talking about your future with any guy. Like one moment you both are discussing how you’d like to visit the Niagara waterfalls next year and before you know it, you don’t even want to bump into him at the supermarket. You are hoping your paths never cross and you change his name on your phone to ‘what were you thinking?’ or ‘you should have stayed home that night’.

So if you’re single in your late 20s and you’re probably wondering what happened to your “plan”, chill out. I know it’s confusing at times because you don’t know what to do. Your standards have become higher and almost nobody seems to be the right fit. On top of that, you have “well-wishers” telling you that you’re too picky for your own good. You’re third-wheeling everywhere, the guy you’re feeling chemistry with doesn’t want to get married and you’re just like should I just go for it or should I end it? Should I fall for the guy wanting to commit even though he doesn’t excite me that much? Am I being too much? Well, really no good will come out of settling down and ignoring your needs. Being single in your late 20s can teach you a lot. And if you pay attention to the advice of the women on this Reddit thread, you will be able to navigate your way forward without making any damaging decisions.

A woman, in the same boat as us asked the Redditors, “Women: What dating advice do you have for single women in their late 20s?” She further added a gist of her own feelings, “I am at the age (26 almost 27F) where many people around me are either settling down with their long time SOs, ready to settle down in the city they are in … like buying a home, OR they are getting into relationships that are more serious than before. Along with everything happening in the world, I can’t help but find myself comparing myself to other people and struggling with this on and off feeling of wondering when “my time” to meet the right person would come.”

She said she feels pressurized by the timelines, “I also feel like each year that goes by I change and grow in ways I didn’t expect and my needs and what I find interesting in someone/attracted to changes…And it’s confusing AF to say the least. Like how are these people finding people they are actually interested in when it comes to something long term. Are people just settling because they don’t want to be alone and feel the pressure of the “timeline??!? It’s confusing to say the least.”

She further wrote how it never worked out with anybody she ever dated. “One of us want’s something serious…other person isn’t ready..or other person just want’s something physical….one person wants to pursue career goals…one person realizes there is only friendship….or one of us or both of us just simply don’t feel any spark or connection,” she wrote.

The wonderful women of Reddit responded with the sincere most advice, proving that sisterhood exists. They wanted to make sure that all the women out there feel a lot better and have the guidance they need, being single in their late 20s or frankly any point in life.

Don’t focus on your relationship status

A user said that it’s better to just enjoy life without worrying too much about who you’re sharing it with. “I’m 33F and single and my biggest advice is take your time and don’t let finding a relationship be the center of your world. My experience is that women who focus SO hard on being single and finding a person miss out on the best parts of life. I’ve had serious relationships, fun casual relationships, and long bouts of being 100% single. But I still live my life and do what I want to do no matter that status,” she said. Point taken!

When you’re single, use this time to understand if you want to settle down in the first place. Are you ready? Or are you just crumbling under the deadlines society has given women? “So many women settle because they are scared to be alone, or find men because they think they have to. Many of us feel pressure, but we need to challenge that feeling. Where does it come from? What do WE want? You really do not have to do any of those things, what you have to do is live a life that you enjoy. A nice partner is a bonus, and can arrive at any and all stages of your life. We are in the 21st century and there are so many ways one can live a life. Spending too much time on getting yourself caught in a monogamous marriage is not that appealing any more to many people. There are so many ways and places you can live – with many people or none. Find out what you want – then: Live your own truth,” a user wrote.

Strengthen your relationship with your self

This user told her to fall in love with herself first. “The advice I would give my younger self is to just be patient and focus on living, loving, and enjoying your life. That the love you receive/give to your friends, your family, and to others in your life is just as important and enriching as romantic love could be. What I learned from being single is how to have a relationship with me, myself, and I. I would – and still do – take myself on solo dates, enjoying and embracing my me-time as building a relationship with myself. There’s only one person guaranteed to be with you the rest of your life: you. Learning how to be the person that makes you happy will get you far. (And it sounds like you already are doing that! Which is fantastic!),” she wrote. That’s the most valid advice ever.

It’s okay to be picky and have standards

Don’t let the likes of Sima Taparia tell you otherwise. A woman wrote, “I also learned that being “picky” isn’t necessarily a bad thing. I took the time to figure out my negotiable needs/wants versus my non-negotiable needs/wants. That cognizant adaptability has also helped me in various aspects of my life. Moreover, it helped me make sure I didn’t settle for just any old thing that came my way.”

Judge a guy by the company he keeps

I vouch for this! Like all my close friends are chilled out and a little cuckoo like me, a guy too has friends with the same mentality. And eventually, friends also influence each other. If you notice, a commitment phobic man will have friends who believe in living the single life. She wrote, “My best piece of advice is that no one else can make you happy other than yourself. If you feel like if you’re in a good part of your life where you can be happy on your own, then you know it’s time to put yourself out there. Once that’s covered, I also have noticed that nice guys surround themselves with other nice guys. If you’re looking for someone who’s going to treat you well, respect you, commit to you, and invest their time in you, take a look at some of your other friends who are guys. How have their relationships (past or present) faired? Do they have similar values? Are they supportive people? The person I’m with (I happened to meet on Bumble) is a really stand up guy, and so are all his friends. The guys I was going on dates with in the past didn’t surround themselves with bad people, so to speak, but guys who were not that mature, didn’t have great respect for other women, or weren’t really in the mindset of genuinely getting to know someone. It’s kind of like a mob mentality — their friends have great influence over their approach to relationships.”

ALSO READ:It’s Important To Allow Yourself To Grieve A Breakup, Explains A Therapist On Twitter

It’s not about whether you are what he wants, it’s about if he is what you want

Don’t care if he thinks you fit, worry about if you think he fits. A woman advised, “Oftentimes, women in their twenties dating (and I myself am one of them) are dating and constantly worrying about what the date thinks of them. What do YOU think of the date? What do you want in a partner? That is what matters.”

ALSO READ:5 Reasons I Don’t Want To Just Catch Feelings For Someone